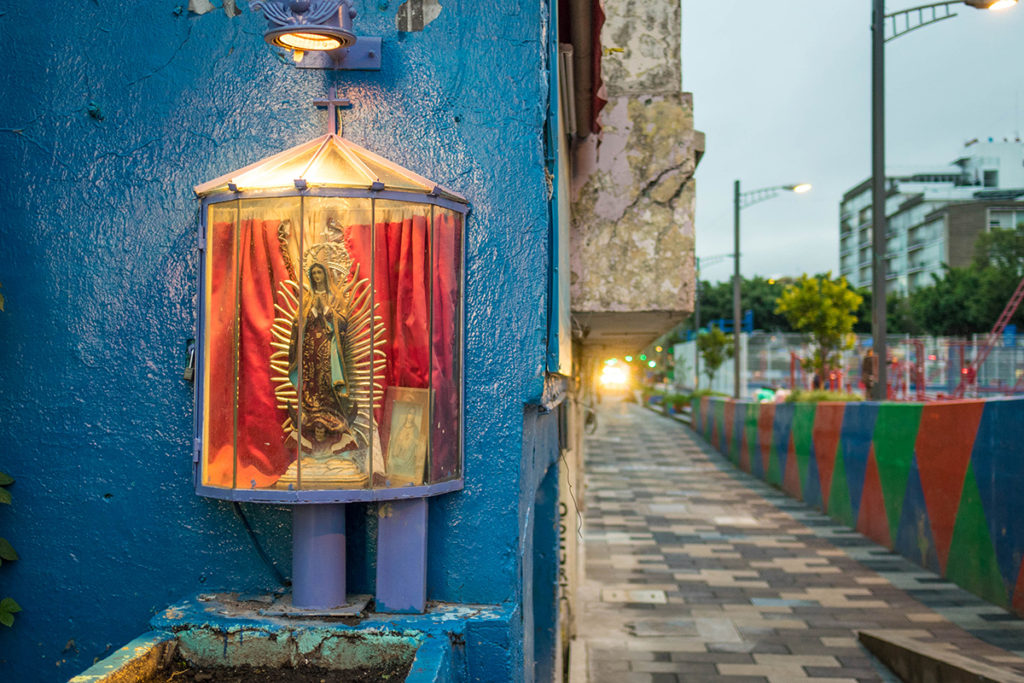 I’ve become recently more and more impressed with Catholicism’s ability to localize itself as it has spread to different countries around the world over the past two millennia. In few places is this better on display than with Mexico’s obsession with the “Virgin Mary.” 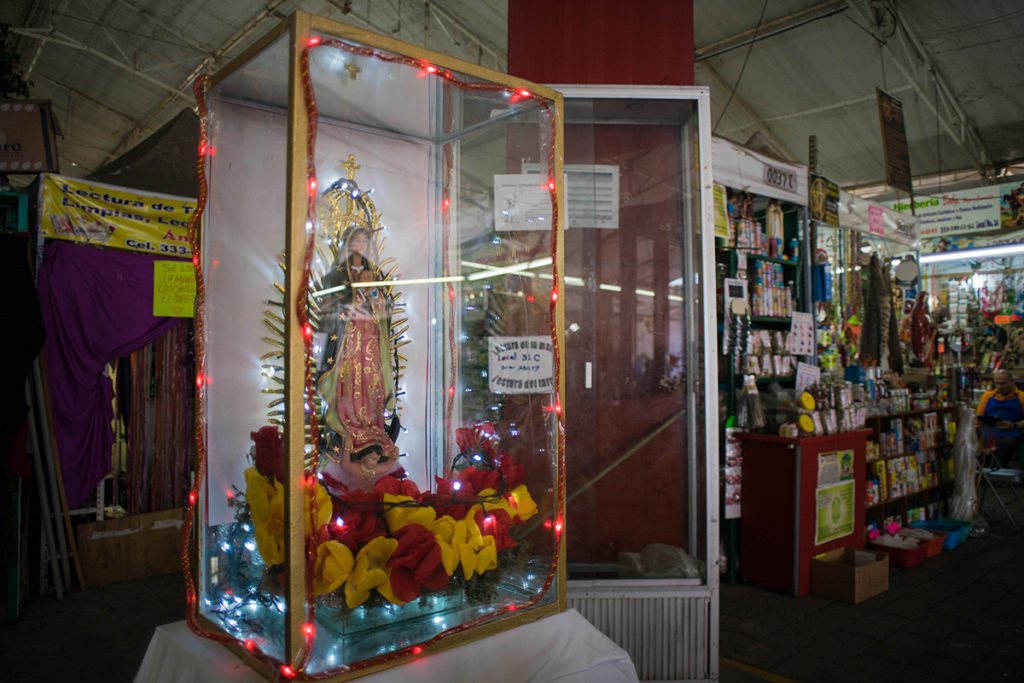 The Virgin Mary is the mother of Jesus Christ, the central figure of christian religions. Because Jesus is said to be the son of God, the story goes that he was born to a young woman that was a virgin named Mary. She was married, of course, but her husband, “Joseph, did not touch her until she brought forth her first-begotten Son (Jesus).” [Matt 1:20, 25].

Official Catholic accounts state that the Virgin Mary appeared four times before Juan Diego and one more before Juan Diego’s uncle. According to these accounts the first apparition occurred on the morning of December 9, 1531, when a native Mexican peasant named Juan Diego saw a vision of a maiden at a place called the Hill of Tepeyac, which would become part of Villa de Guadalupe, a suburb of Mexico City. Speaking to Juan Diego in his native Nahuatl language (the language of the Aztec empire), the maiden identified herself as the Virgin Mary, “mother of the very true deity” and asked for a church to be built at that site in her honor.

Based on her words, Juan Diego then sought out the archbishop of Mexico City, Fray Juan de Zumárraga, to tell him what had happened. As the bishop did not believe Diego, on the same day, Juan Diego saw the Virgin Mary for a second time (the second apparition); she asked him to keep insisting. 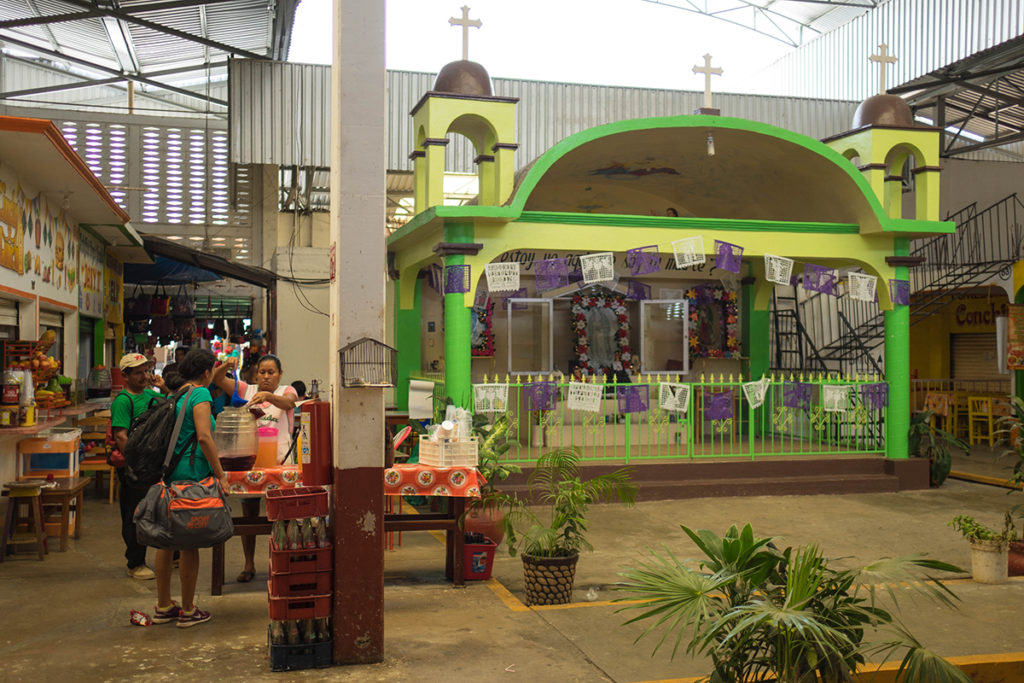 On Sunday, December 10, Juan Diego talked to the archbishop for a second time. The latter instructed him to return to Tepeyac Hill, and ask the lady for a miraculous sign to prove her identity. That same day, the third apparition occurred when Diego returned to Tepeyac and encountering the Virgin Mary, reported the bishop’s request for a sign; she consented to provide one on the following day (December 11). 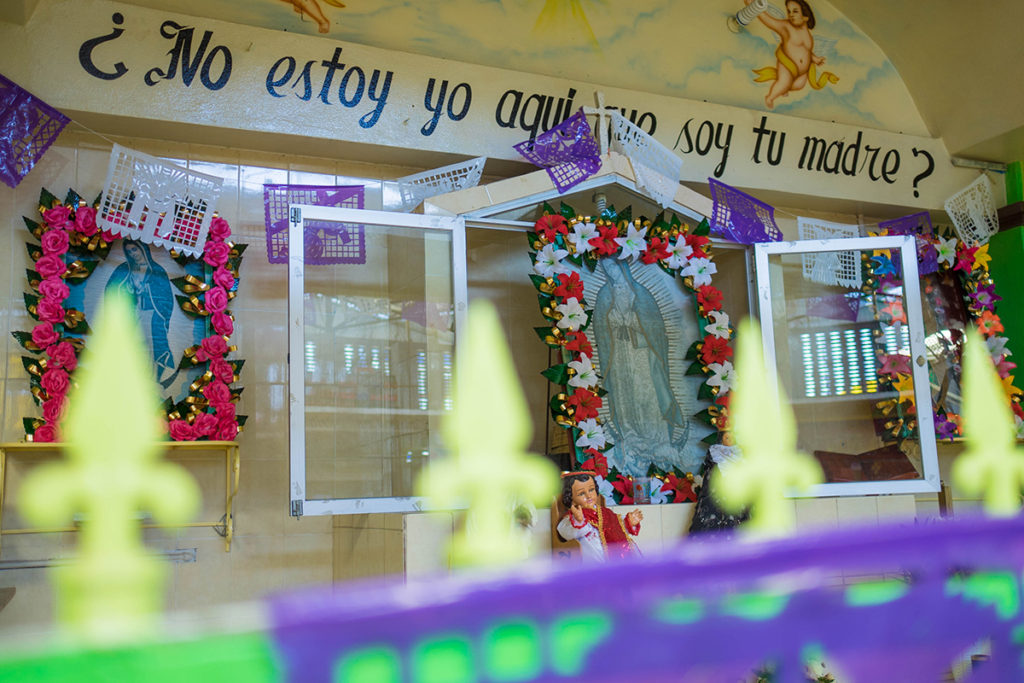 In order to avoid being delayed by the Virgin and ashamed at having failed to meet her on the Monday as agreed, Juan Diego chose another route around the hill, but the Virgin intercepted him and asked where he was going (fourth apparition); Juan Diego explained what had happened and the Virgin gently chided him for not having had recourse to her. In the words which have become the most famous phrase of the Guadalupe event and are inscribed over the main entrance to the Basilica of Guadalupe, she asked, “¿No estoy yo aquí que soy tu madre?” (Am I not here, I who am your mother?). She assured him that Juan Bernardino had now recovered and she told him to gather flowers from the top of Tepeyac Hill, which was normally barren, especially in December. Juan followed her instructions and he found Castilian roses, not native to Mexico, blooming there. The Virgin arranged the flowers in Juan’s tilma, or cloak, and when Juan Diego opened his cloak before archbishop Zumárraga on December 12, the flowers fell to the floor, and on the fabric was the image of the Virgin of Guadalupe. 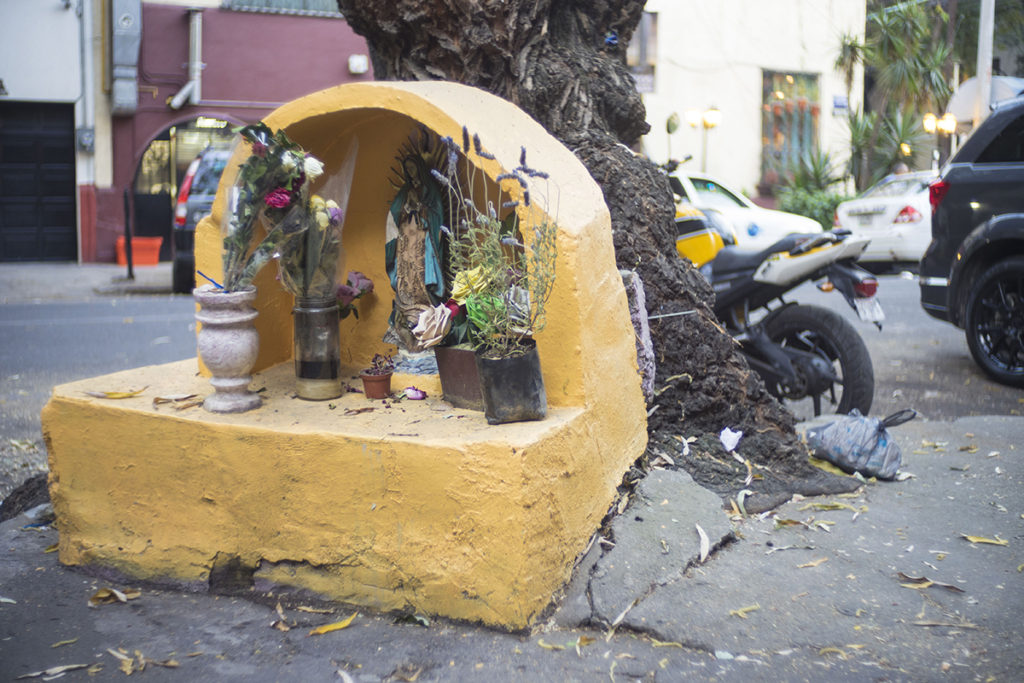 The next day, on December 13, Juan Diego found his uncle fully recovered, as the Virgin had assured him, and Juan Bernardino recounted that he too had seen her, at his bed-side (fifth apparition); that she had instructed him to inform the bishop of this apparition and of his miraculous cure; and that she had told him she desired to be known under the title of Guadalupe.

The bishop kept Juan Diego’s mantle first in his private chapel and then in the church on public display where it attracted great attention. On December 26, 1531 a procession formed for taking the miraculous image back to Tepeyac where it was installed in a small hastily erected chapel. 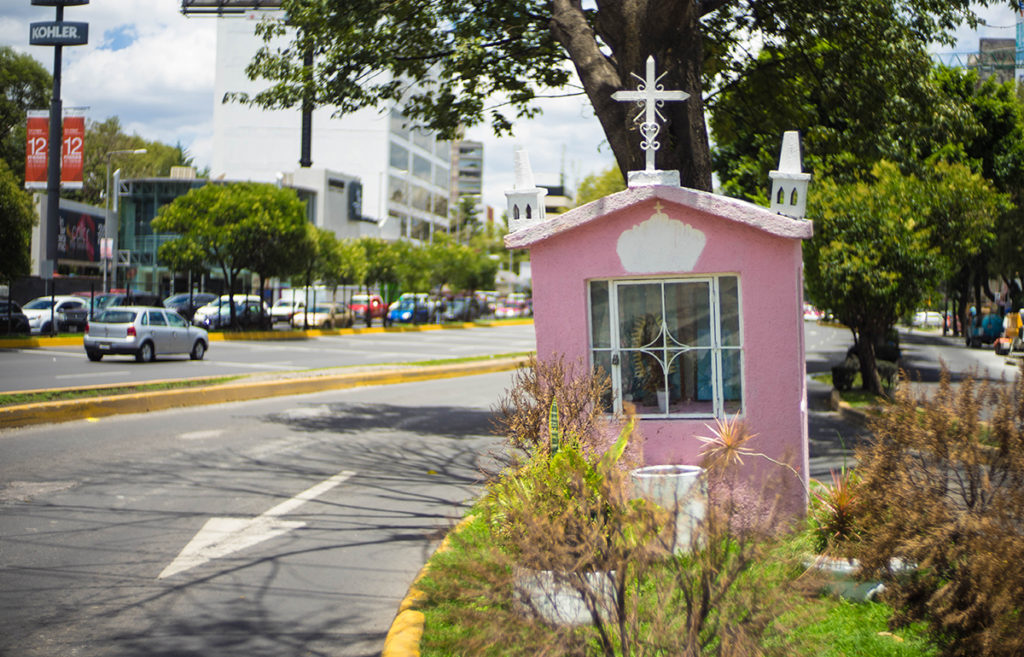 True to form, the Catholics have always managed to blur the lines of the local and the universal, in this case, replacing the Aztec mother-goddess with their own.

Following the Conquest in 1519–21, the Spanish destroyed a temple of the mother goddess Tonantzin at Tepeyac outside Mexico City, and built a chapel dedicated to the Virgin on the site. Tonantzin (the beloved mother of the gods) was celebrated on the winter solstice, which was on December 12 according to the Julian calendar used by the Spaniards until 1582, so the date of December 12 was assigned as the celebration day for Tonantzin Guadalupe. Newly converted natives continued to come from afar to worship there, often addressing the Virgin Mary as Tonantzin.

In time, she became the most important symbol of Mexico herself…

…Throughout the Mexican national history of the 19th and 20th centuries, the Guadalupan name and image have been unifying national symbols; the first President of Mexico (1824–29) changed his name from José Miguel Ramón Adaucto Fernández y Félix to Guadalupe Victoria in honor of the Virgin of Guadalupe.[77] Father Miguel Hidalgo, in the Mexican War of Independence (1810), and Emiliano Zapata, in the Mexican Revolution (1910), led their respective armed forces with Guadalupan flags emblazoned with an image of Our Lady of Guadalupe. In 1999, the Church officially proclaimed her the Patroness of the Americas, the Empress of Latin America, and the Protectress of Unborn Children.(Read more on Wikipedia). 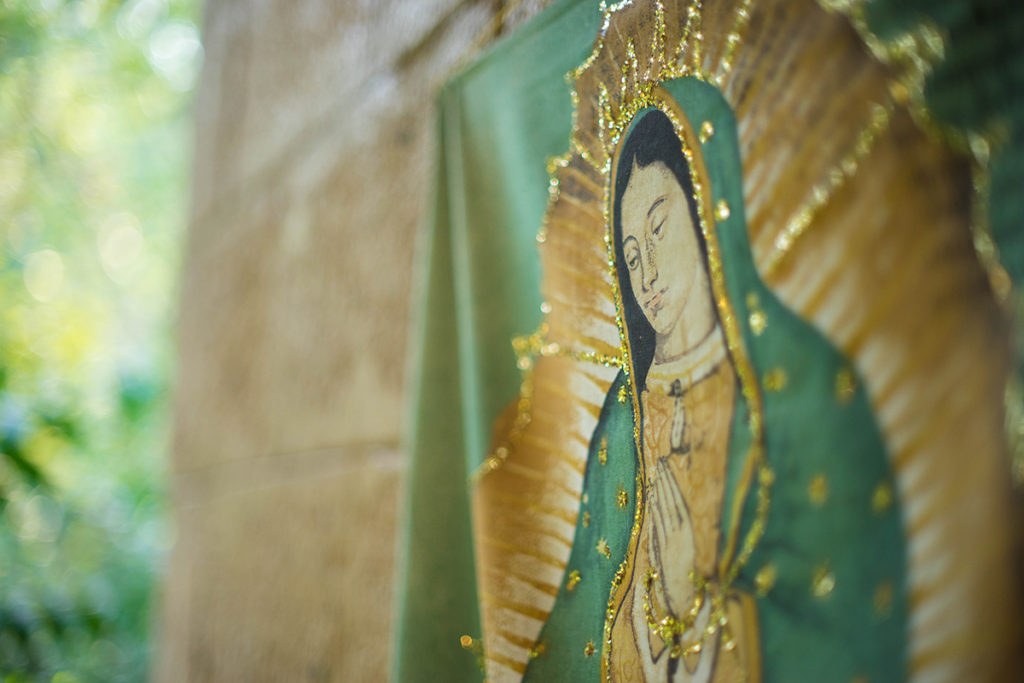 I grew up in Texas, a US state that borders Mexico, so the Virgen de Guadelupe was a common sight in the form of stickers on the backs of trucks or as statuettes in restaurants. It wouldn’t be until much later reading books, watching documentaries, and travelling around Mexico when I would come to understand the full weight of Mary, the Catholic figure, and la Virgen de Guadelupe as an instantiation of that figure, for what she really was. 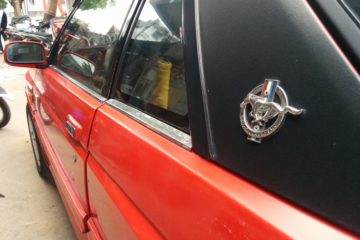 Ubud, Bali, Indonesia; Kuala Lumpur, Malaysia. I think it could be argued that the US still leads the world in branding. Those that come from the world of marketing communications, advertising, and design obsess over the stories Read more…