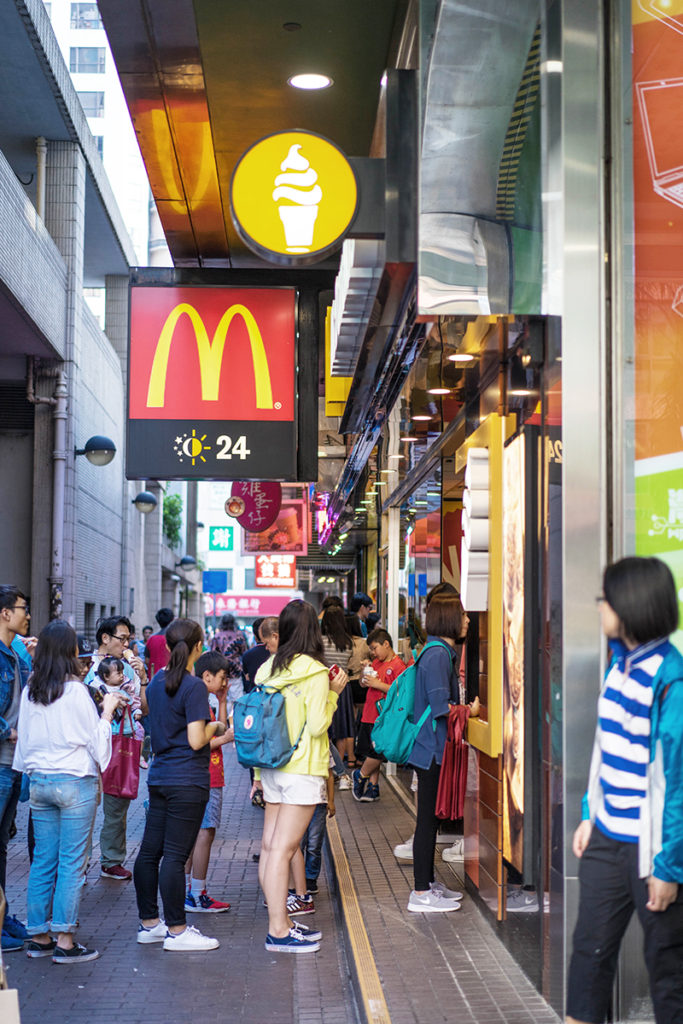 McDonalds is hoppin’ – I wasn’t sitting outside by choice, on this Saturday morning, there was literally no empty seats in the whole place.

At the moment, I’m sitting on a curb in Hong Kong eating a McDonalds “signature” crispy chicken jalepeño burger.

See, last night I stayed up late in my apartment all alone drinking cheap scotch and arguing with people on Facebook. This morning, I woke up hung over and passed up the nice Korean restaurant with open seats and went to the super crowded McDonald’s instead. 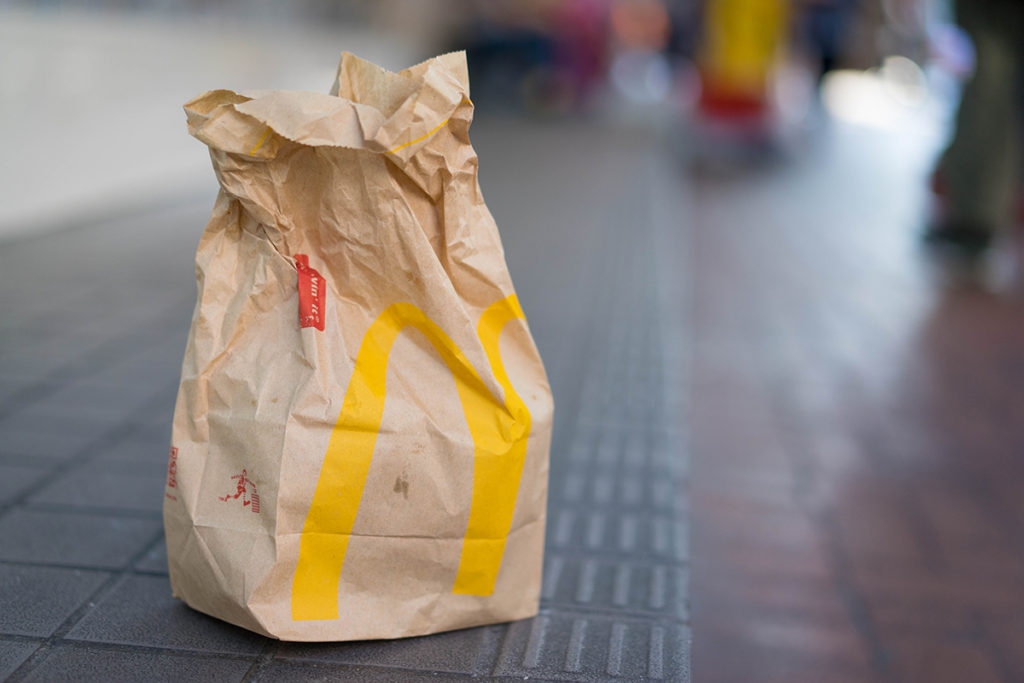 For some reason, my McDonald’s glam shots never look as nice as theirs.

See, when I’m feeling like a piece of shit, fast food is what I’m in the mood for.

I have a friend to thank for this clarity. “I was sitting in a Wendy’s (US. Fast food chain similar to McDonald’s) the other day,” he explained to me, “eating a burger and a woman walked up to me from Wendy’s Company Corporate and asked if I’d like to take a survey. She asked me if I’d noticed the new “Artisan”* choices on the menu and what I though about them. I was like, ‘look, I hardly ever eat fast food, maybe once a month. When I come here, I expect to eat something crappy that’s really bad for me. I understand this.'”

*I think “artisan” was the word – I can’t remember exactly, but apparently premium mediocre is a trend at the moment since McDonald’s has “signature” sandwiches like the one I’m eating now. 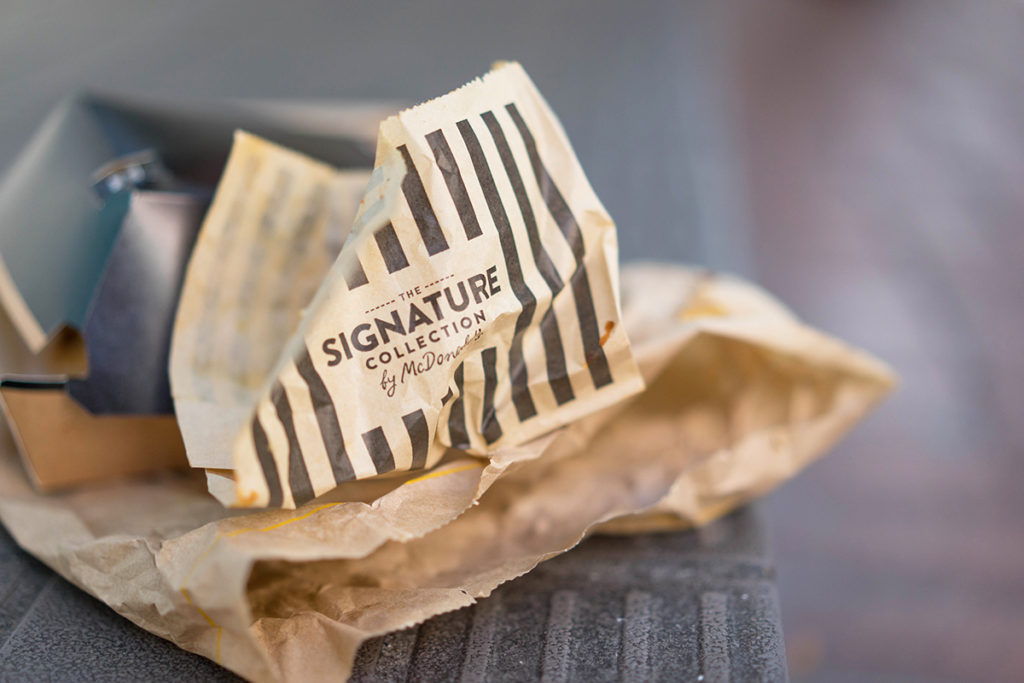 I feel sorry for the hard truth that this poor marketing person had uncovered: for my friend, no amount of premium mediocre window dressing was going to change the Wendy’s brand in his mind: Wendy’s was the place where you buy shitty food that is unhealthy.

I have a theory about this.

My friend and I are about the same age, and we come from the Super Size Me generation. We were in college – a major life event where, at least for many Americans, you move away from your family and, often, your home town. Your general style of living – including your habits – resets itself, you find a new norm. We’re also the generation that was constantly told that we’d be the first to live shorter lives than our parents because we were all so obese. 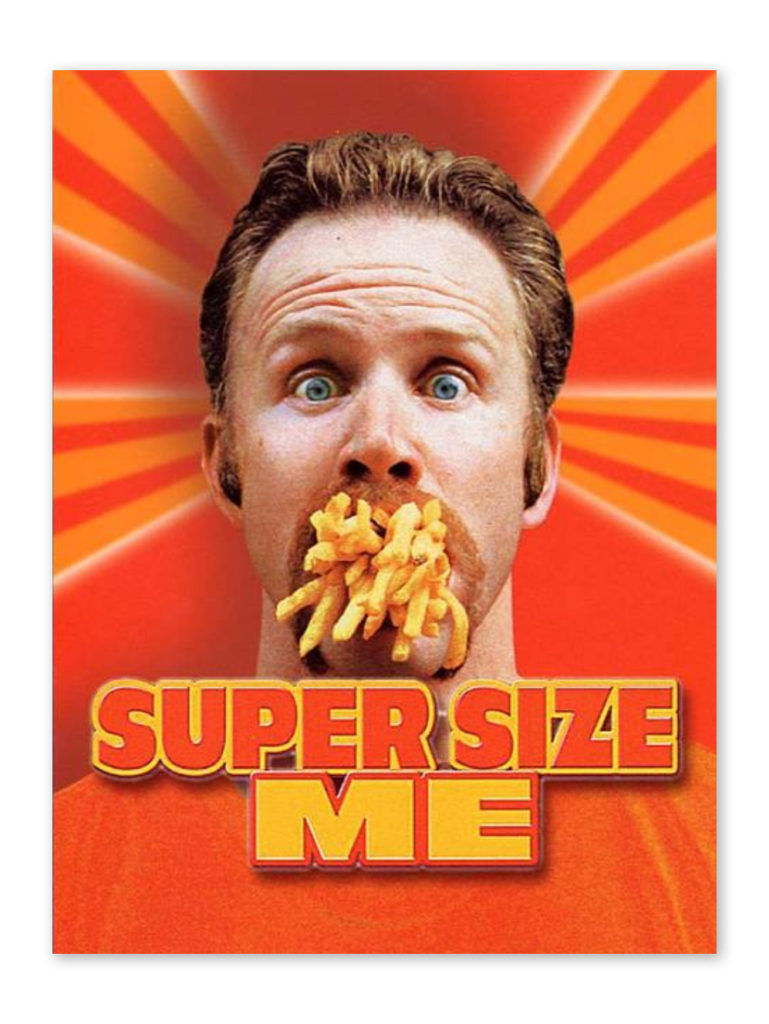 Super Size Me was a documentary that came out in 2004. The premise felt a bit forced and unnecessary, but it certainly did change the perspective for a lot of us.

Everyone knew that fast food was bad for us, but just how bad wasn’t common knowledge. Before Super Size Me, they didn’t put calorie counts on menus, we all thought we were just eating meals that lacked nutrition – the idea that you could consume 1,300 calories that quickly was astonishing.

Since this came out when we were in college, we were already in the process of reformating and, then, starting to build our own habits. While McDonald’s may have been a staple for my parent’s generation (I have three sisters, so to a mother of four young children, McDonald’s was a godsend), for our generation, fast food, and McDonald’s in particular, meant something else. It was basically self abuse – something you only do to yourself when you’re feeling like a piece of shit. 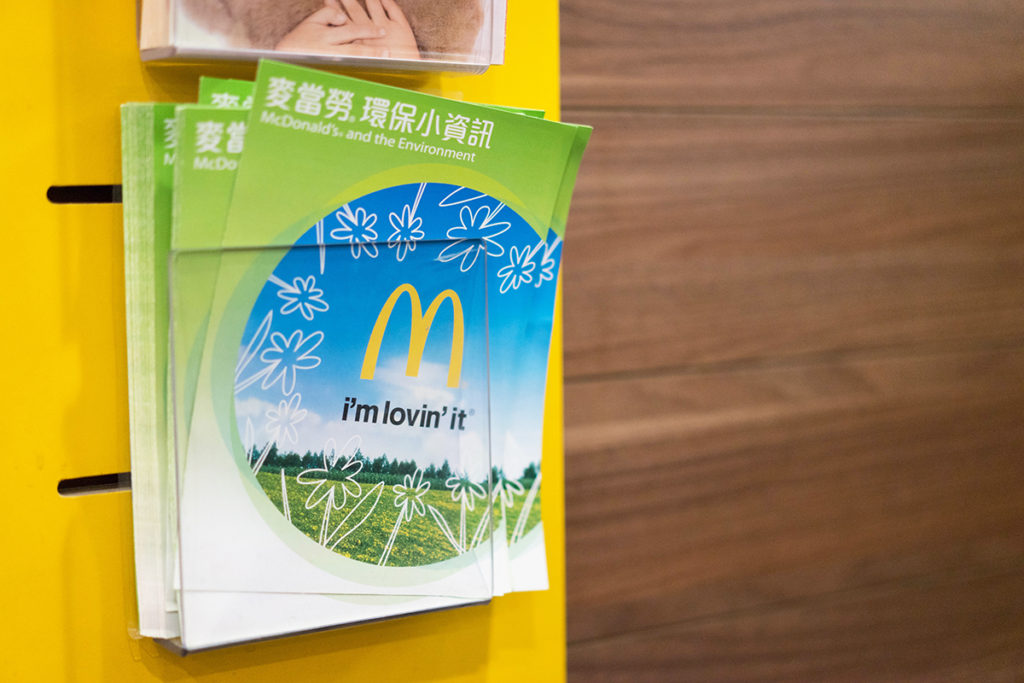 I doubt McDonald’s or other fast-food mega companies like Yum or The Wendy’s Company cared too much about this shift in our opinion.* I doubt Super-size Me was ever released in Asia, and its influence on us probably only affects a narrow age band in the US; it isn’t clear that the movie had any effect on McDonald’s revenues. We’re also both a part of the educated middle class, so I doubt we’re part of the target market outlined in the fat market segmentation document the Wendy’s surveyor and her colleagues probably read before talking with my friend. The read on the ground is that, at least for this Wan Chai, Hong Kong McDonalds, business is booming – I’m sitting on a curb for a reason.

*Though, to be fair, it gave a clear positioning statement to Subway, currently the 7th largest fast food company. 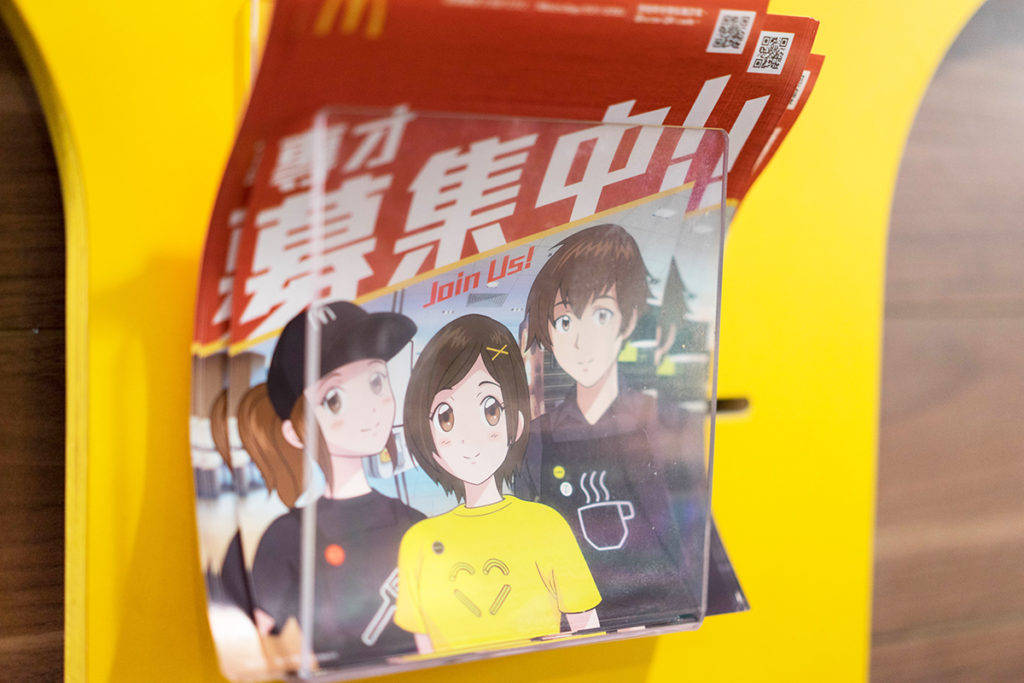 Join McDonald’s to be come an awesome manga character.

Still, I can’t help but wonder if my friend and I are counted somewhere in Yum Brand’s, McDonalds’, Wendy’s Company’s,  or other design research reports. If so, you can call our segment “Piece of Shit” customers.