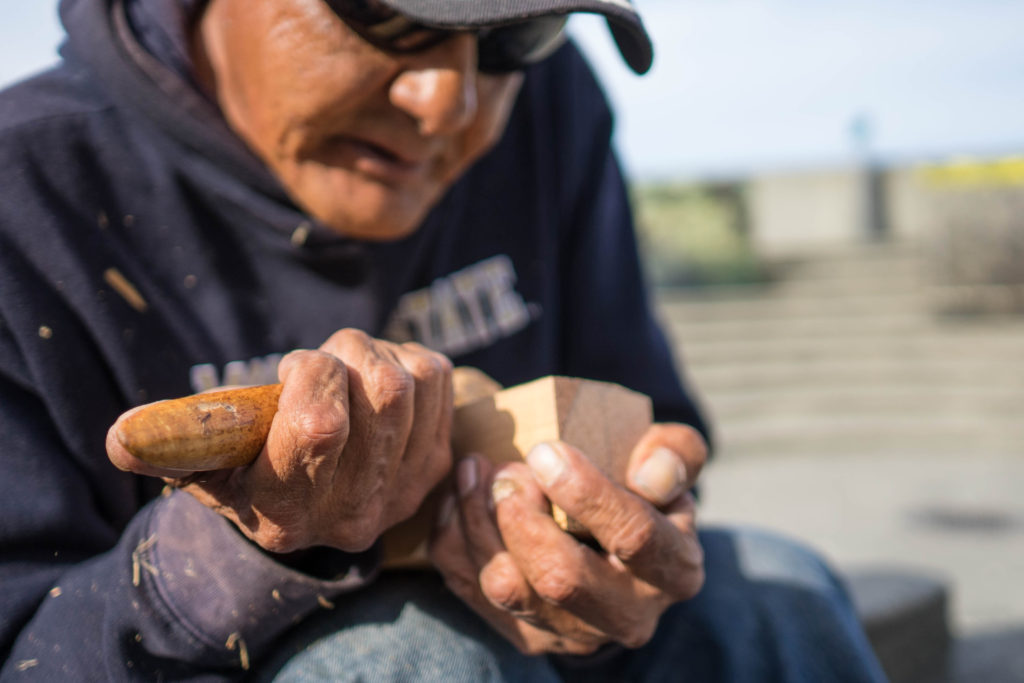 Larry sits on a step out in front of Seattle’s pier across the street from the touristy Park Place Market. A pile of wood chips is growing at his feet as he slowly, methodically, chips away at the block of wood in his hands. 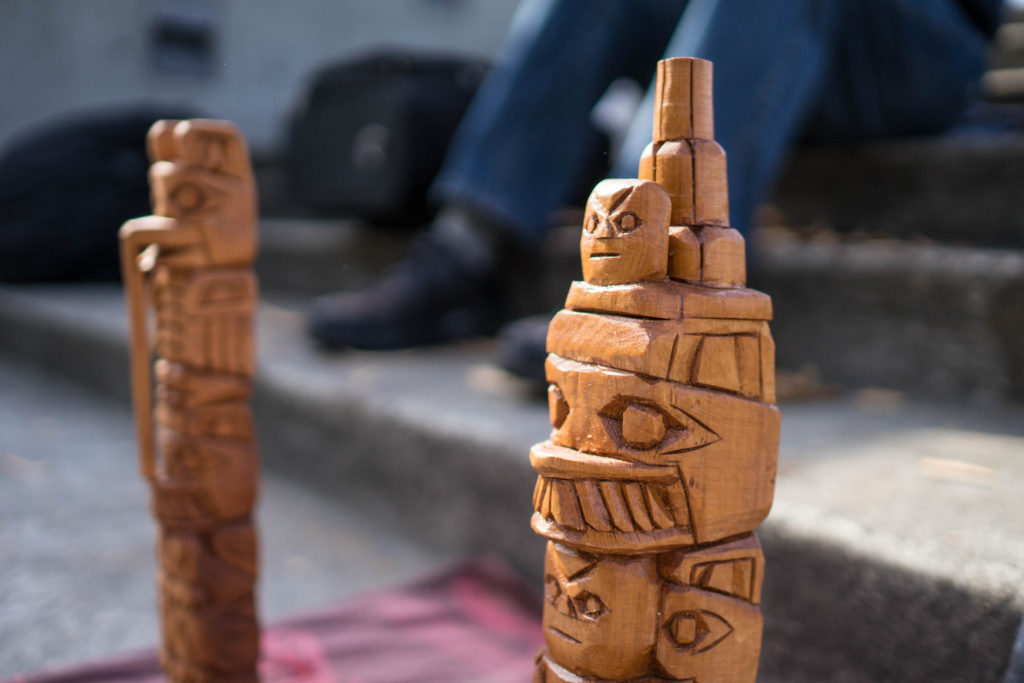 I ask Larry if he’s always been here, but he says no. He’s actually from elsewhere in Washington, but his family moved here when he was 8 years old. Since then, he’s sat on this step. 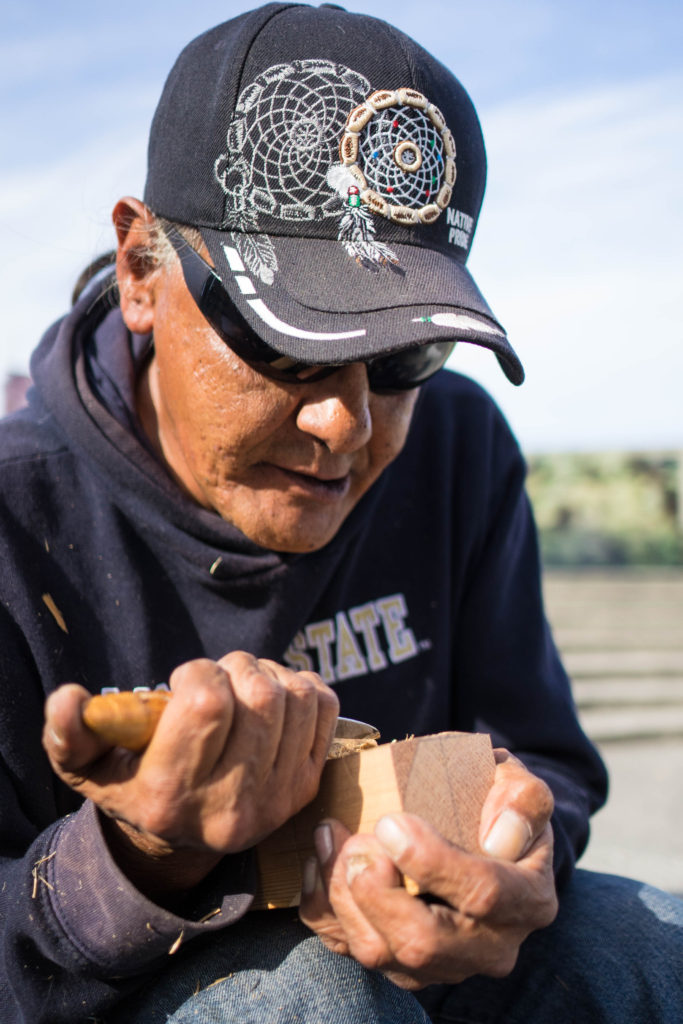 The pier, he explained, used to have an arcade that he loved to come to as a kid. He asked his dad for money until eventually the old man tired of the requests, instead handing him a block of wood and a knife. If he wanted money, he’d have to make it himself. 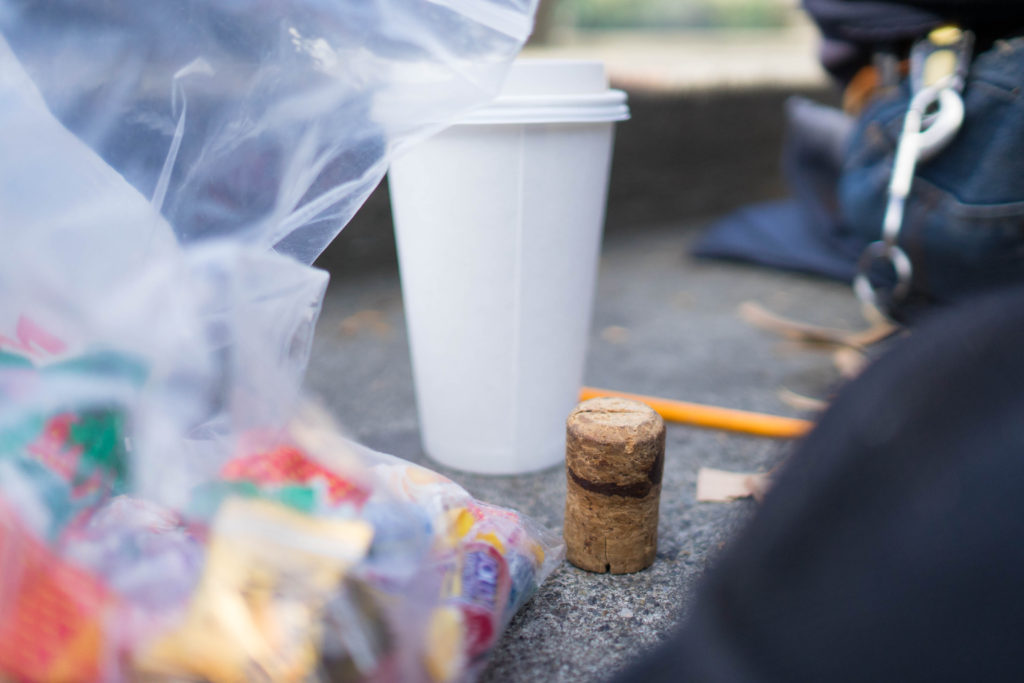 I gazed back at the Seattle skyline in front of Larry. Construction cranes litter the skyline grooming concrete frames growing – each monstrosity stretching slightly higher than the one before it. 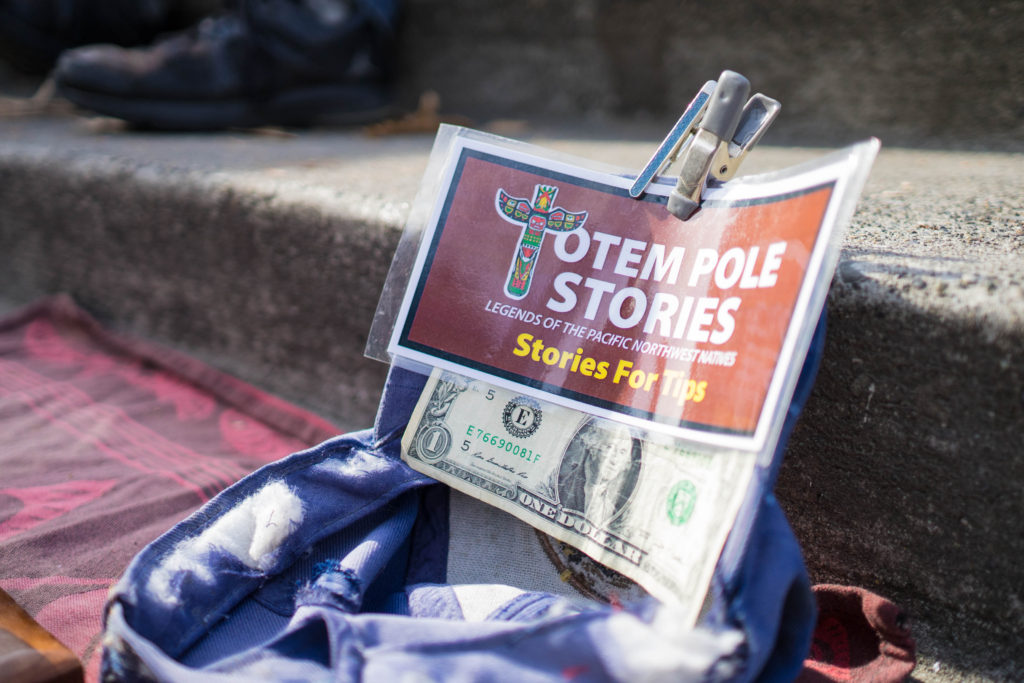 “Yeah, I guess things have changed here a lot since then”

He motioned to the raised freeway bridges that pass between the Pike’s Place market and the pier. 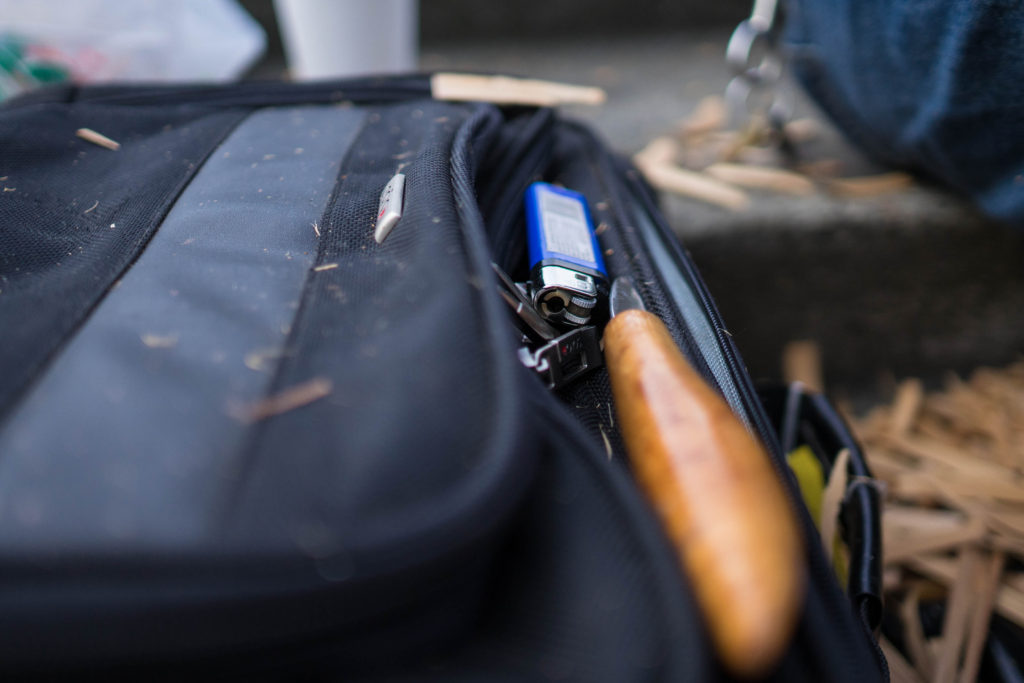 He motioned back to the concrete steps he was sitting on.

“They’re going to get rid of this too” 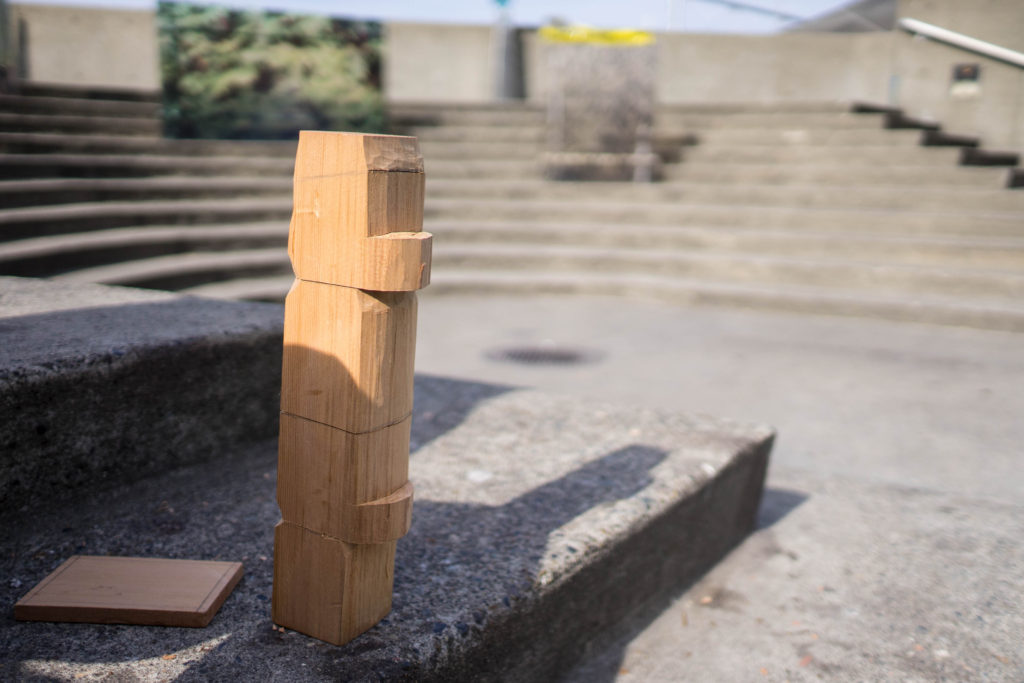 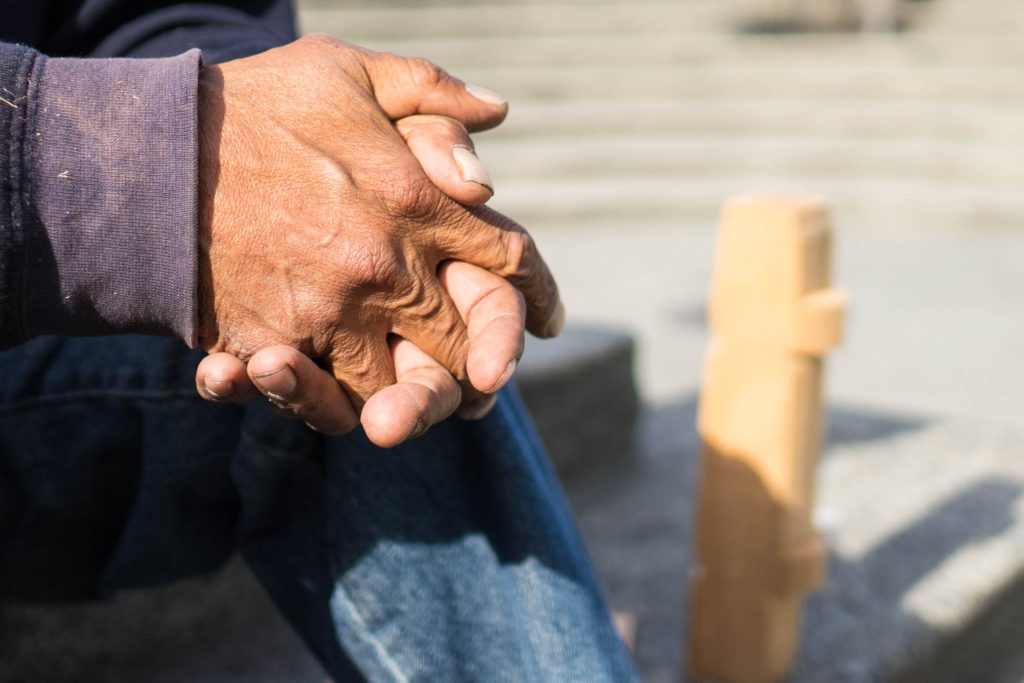 This is Larry’s spot. He used to sit here with his father and grandfather carving. He sat here when his father died. That was 1975.

He knows everyone here, he explains. The restaurant workers, the shop owners. 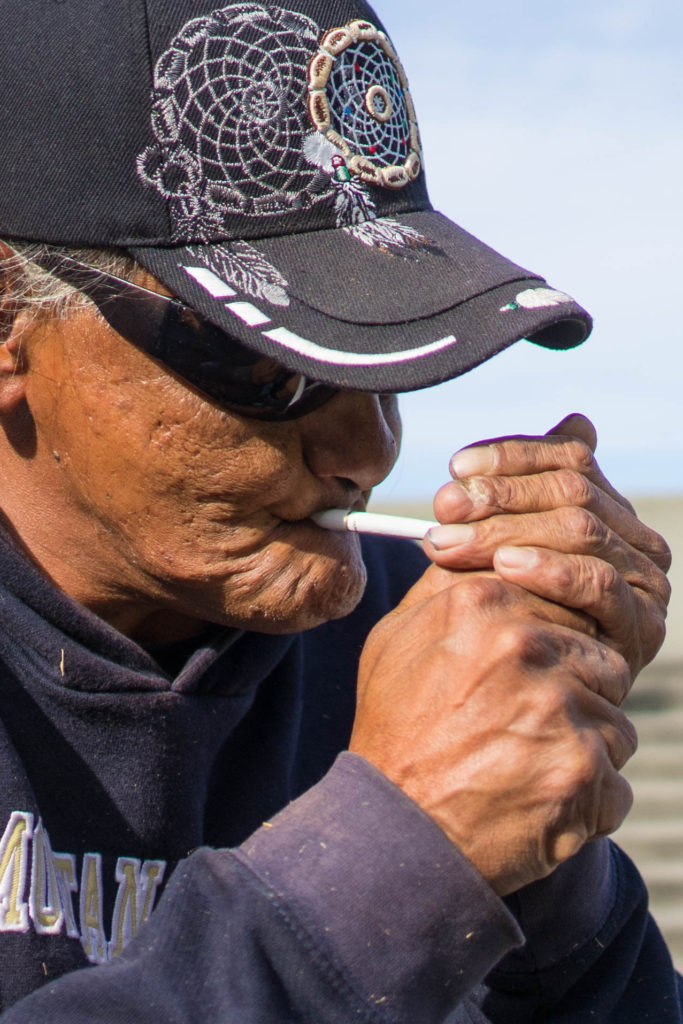 They talk for a little while. Larry was up late last night partying with his grand-kids – he has 28, the offspring of his 9 children. Larry “got a head start,” having his first kid when he was 18; now all but one of them are married. The construction worker only has three kids, he didn’t start until he was 30 (he is probably in his mid 50s now). 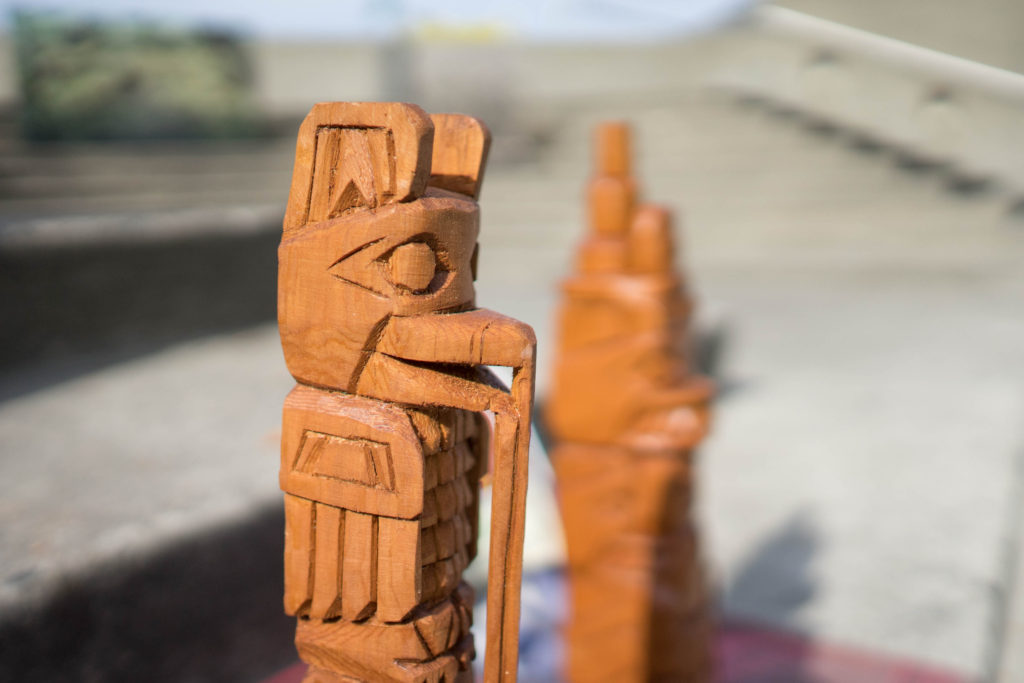 I asked Larry where a good place was to get some breakfast for a decent price. He stands up, turns around pointing to the Alaskan Sourdough Bakery. They know him there, he says, and they give him some really good left-over soup at the end of the day.