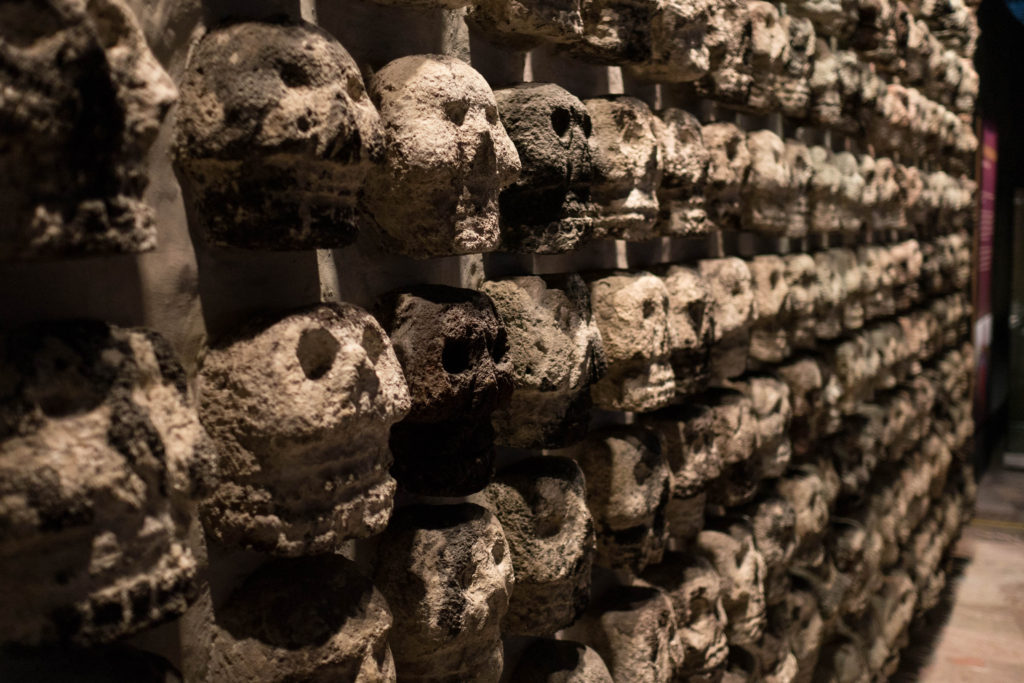 For seven consecutive generations, Aztec leaders on the site build pyramids – the pyramid of the predecessor being used as a base for his successor to build on top. Now mostly eroded, one can walk from the outside to the inside passing seven layers of wall that spanned a couple hundred years – all a stone throw’s away from the Catholic cathedrals build a few hundred years later. 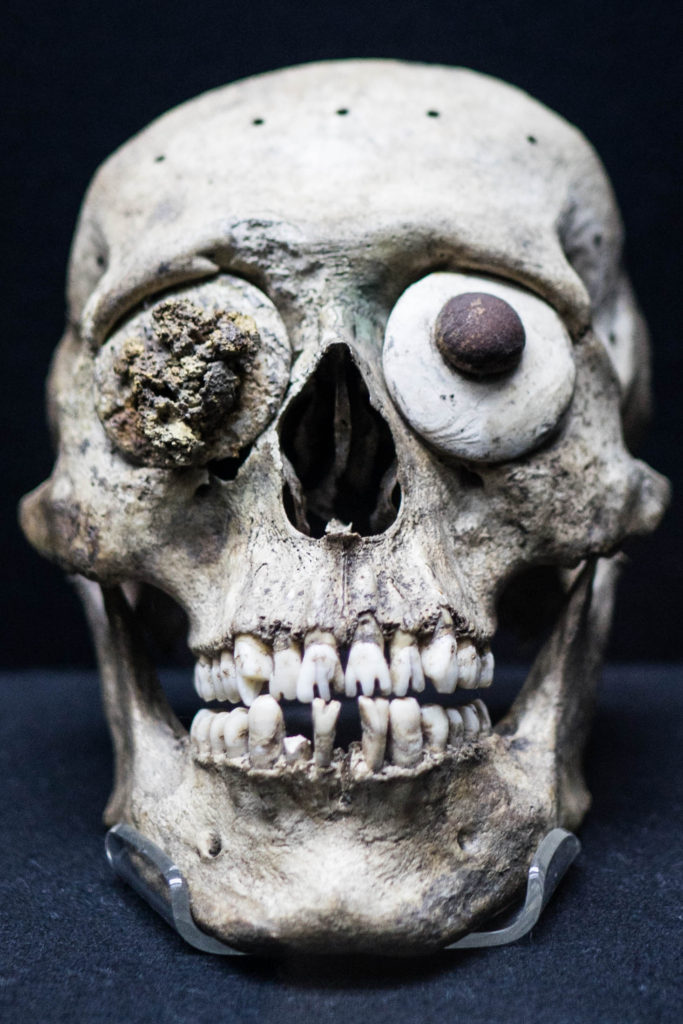 As with any old monuments, the stroll is fascinating, but wandering around the museum next door, one is reminded of pre-columbian Mexico’s fascination with skulls.

As the temples were built, many died. Their bodies were sealed in stone cavities in the walls of the pyramid. As the pyramids eroded and were escavated, many of them were found among the other artifacts that were given as a sacrifice to the gods. 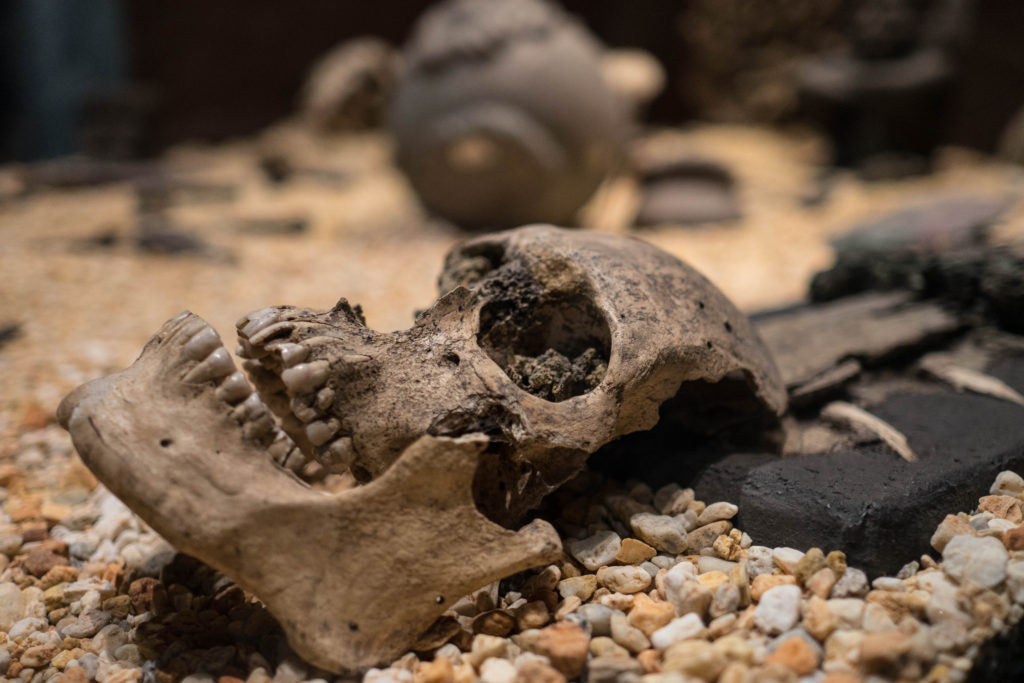 The skulls remain among the artifacts they once were. The younger generations of Mexicans, however, have chosen glass as the material for their shrouds.