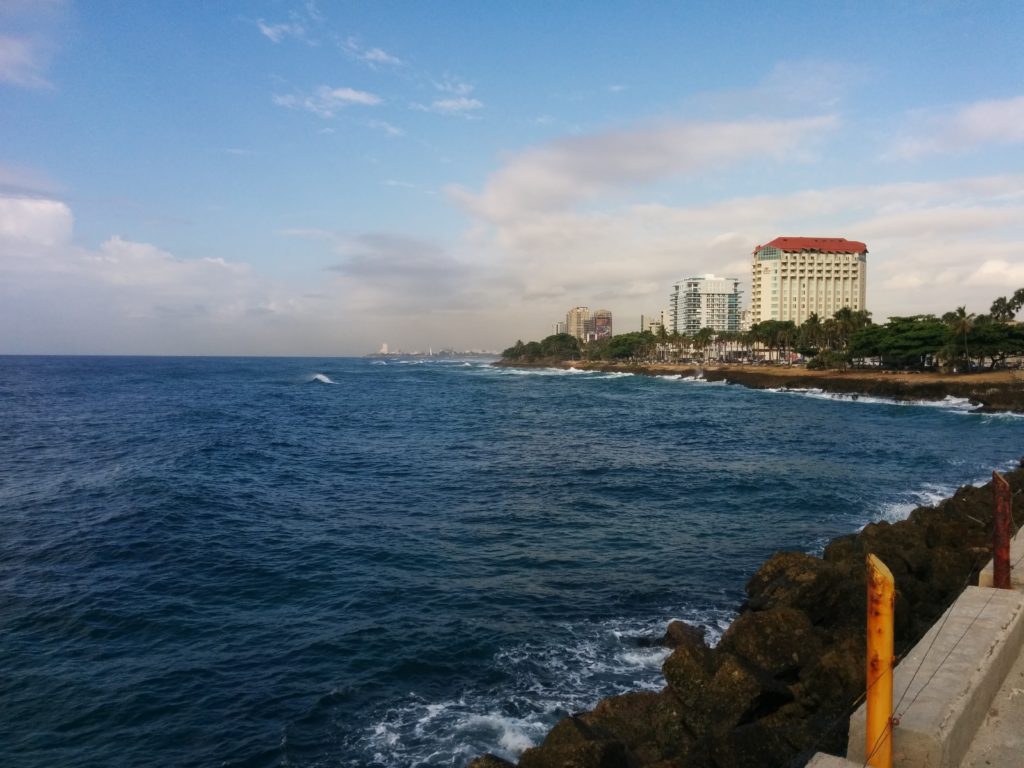 It was an early morning in April when I wandered down to the beach in Santo Domingo.  I described the morning in my journal as such:

This part of the city is my kind of beautiful. The windy streets feel more like Europe than anything else, but the buildings are more colorful. Most of them are quite shitty, lots of them abandoned and in constant states of repair. Every corner sports a bodega which doubles as a lottery house, bar, restaurant, and convenience store. A short walk south took me to the water front where a walkway winds quite a ways and is quite beautiful.

There is really no beach here, the waves are large and the crash against the rocks. Every half km or so is some type of fortress with old canons pointed out to the sea. Like the other old buildings, they don’t seem to have any sort of protection or touristic aspect to them at all, they’re just kinda there.

One of my favorite things to that morning was the ingenuity of the fishermen on the docks overlooking the ocean. I don’t believe that fishing was legal on the doc, but as the fishermen swapped cigarettes with the local policemen I was reminded of the legislative fluidity that seems to be every Dominican’s favorite joke. 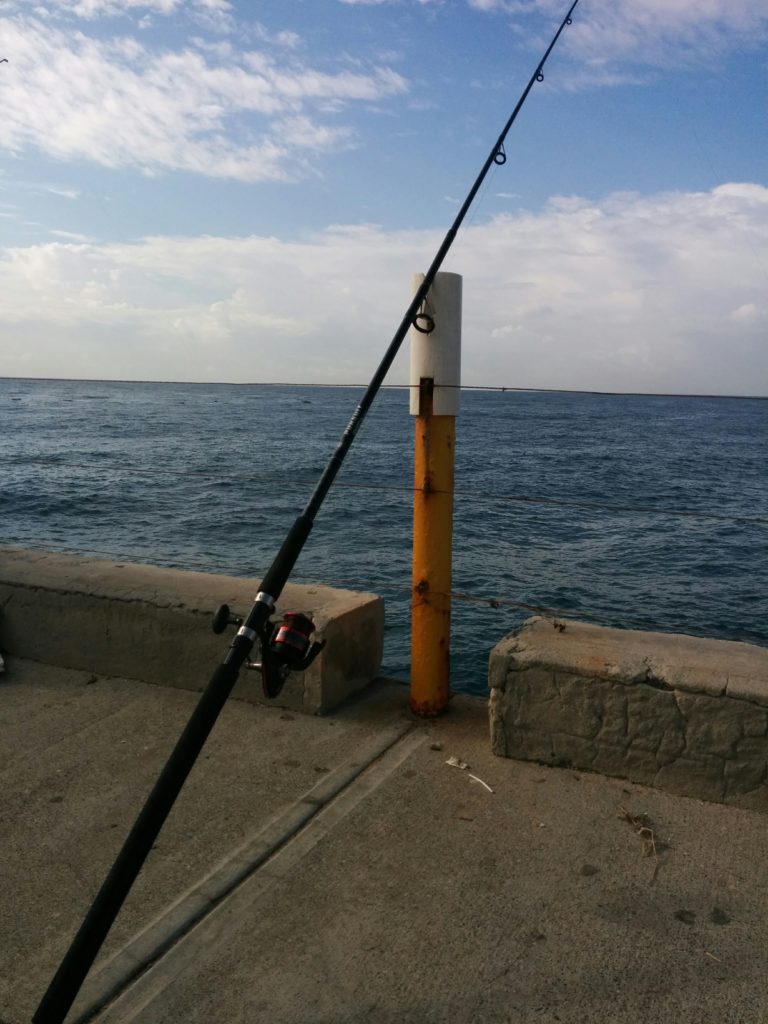 The fishermen came prepared with PVC pipes that slipped over the width of the piles of the pier with purpose-made notches that they could slip their fishing poles into. 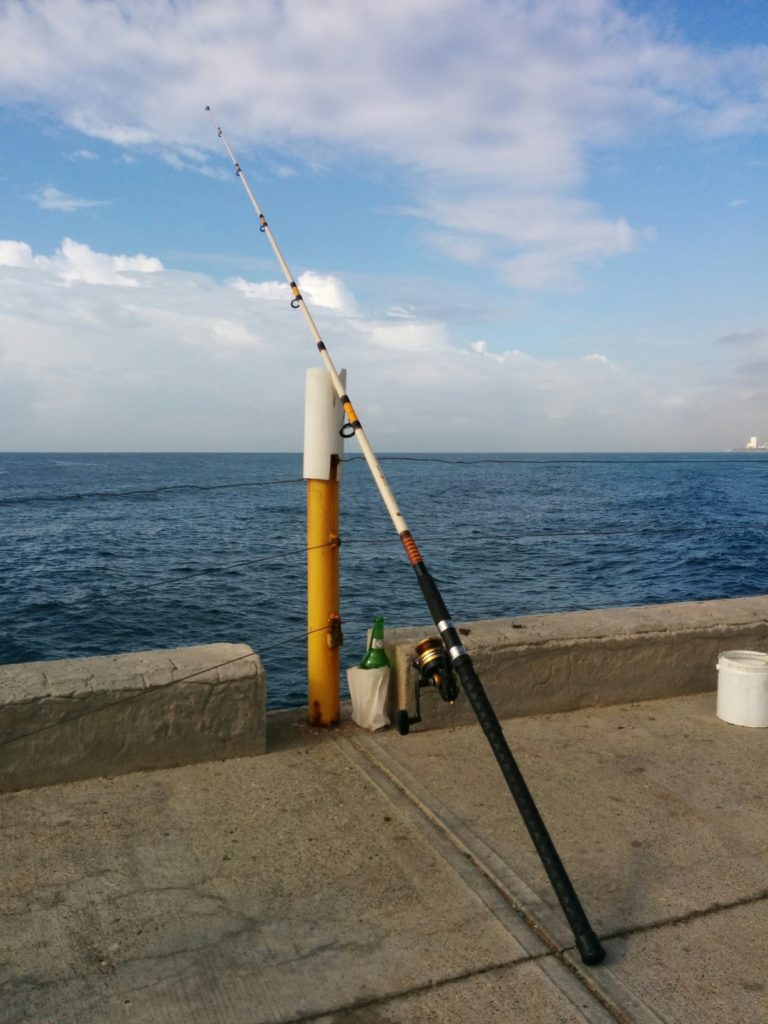 Whether the large bottle of Cerveza Presedente was breakfast or a remnant of the night before, I don’t know.

In a cart near by was an assortment of PVC pipes that implied this wasn’t the only fishing pier in town. 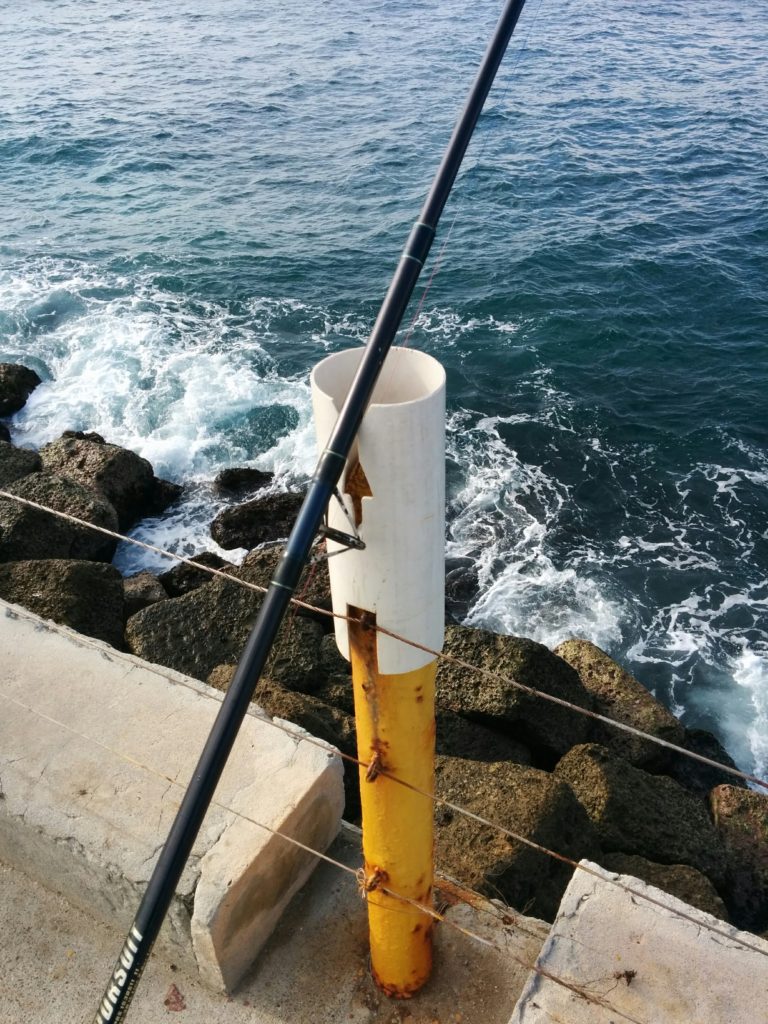 The sawn-out notches are surprisingly intricate. 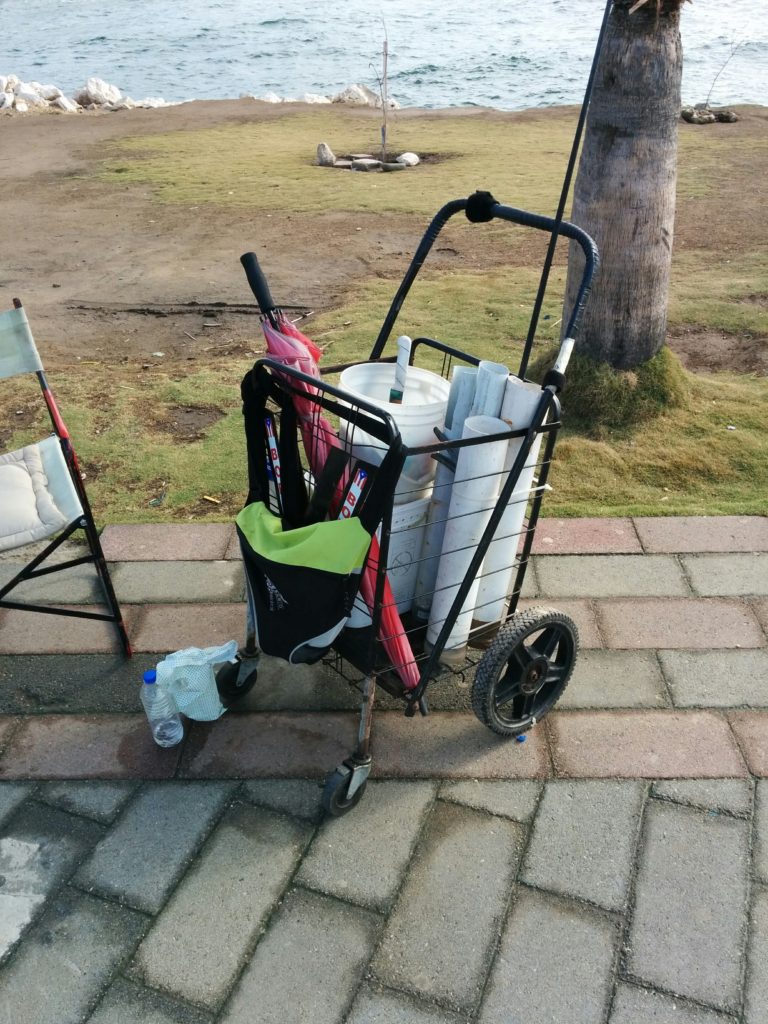 An assortment of PVC pipes nearby.

My journal entry from that day continues…

I wasn’t walking along the coast long when I was called over by a guy sitting next to an old restaurant. I don’t remember his name, but he talked a little while about his time spent in the states before he got in “one little fight” and was deported. After a few minutes, we got to the core of his request: he pointed down the street to two of the strip clubs.

He explained that they’re not actually strip clubs, nobody pole dances here, it is just a whore house. If I called him later that evening, he could take me there so that, as he explained, they’d tip him for bringing somebody in. It wouldn’t cost me anything, of course, around $100 for the fuck, but nothing for the guide. I thanked him and, as it didn’t look like there was going to be any other way to divorce myself from the conversation, asked him for his number. Neither of us had a pen or paper, and neither did the restaurant we were in front of, so I told him I’d circle back around at the end of my walk to the little tienda that he usually hangs out in next to his house. I took a different route home.

This interaction seems to be pretty common here. Later in the afternoon when I was wandering around, a very insistent shoe shine guy swiped some wax on my tennis shoes because I could get away. I told him to take it off and he was very insistent on figuring out what I wanted. Did I need a shoe shine? Did I need a place to eat? Did I need to find a whore house? He followed me several blocks, eventually complaining to me about how hungry he was and wanted a coke. In vain I thrust my hand in my pocket pulling out the first coin I felt – it cost me a 25 peso coin to get out of that one, which is around 50 cents us.

I do like Santo Domingo quite a bit – though it takes an adjustment for an introverted American like me to feel comfortable in a louder culture like the DR. I look forward to going back one day.