This flower cart sits up the street from my apartment in Mexico City. 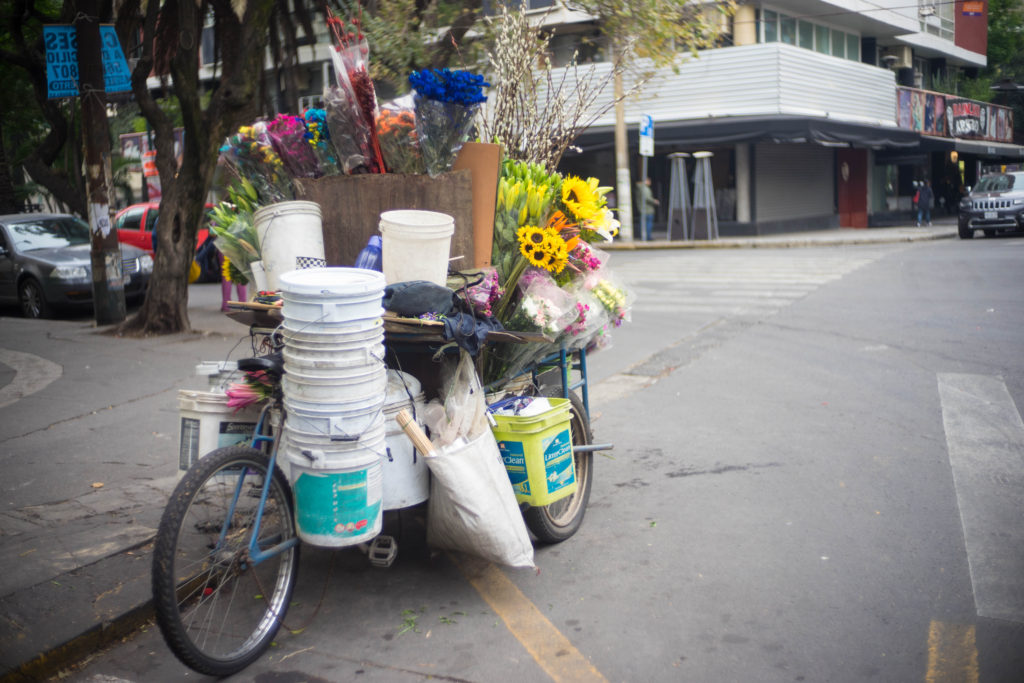 Where I’m from, I’ve only really seen flowers sold at the grocery store. There is a dedicated flower section in most of them in the US middle-country, they always reek of flowers – to the extent that it smells like a funeral.

I’ve always associated the smell of flowers with funerals. Maybe it is because we rarely had flowers around, so the first time I was really exposed to their smell was at the funerals I attended as a kid. They’ve always smelled fake to me – even though I know that that isn’t the case. 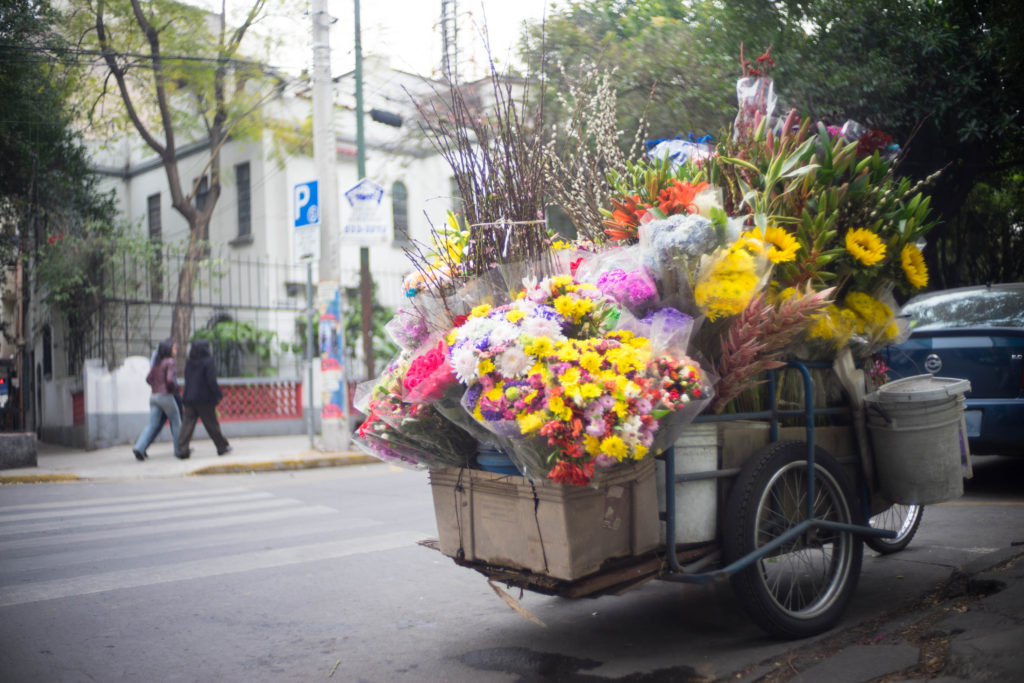 I wonder if things would be different if I grew up in a different place… like Mexico City.