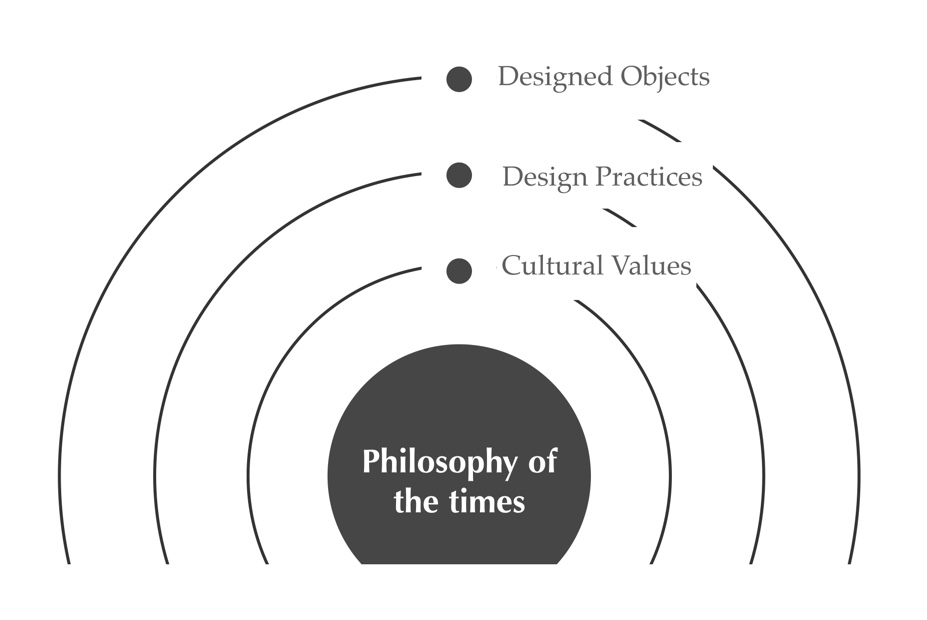 I must beg the pardon of my readers as this essay has been – up until this point – extremely US-Centric. I don’t seek to undermine the rich creative dialogue sustained across the world in the late 20th century. However, in addition to being the most representative of the “Neoliberal” ideals and history, the US stood alone at the end of this era in terms of political and economic dominance.

If we have anything to learn from history, however, it is that change is the only constant. As the 20th century gave way to the 21st, remarkable economic shifts challenge the somewhat naive claim that history as ended.(())

In the introduction, I argued that the methods, practices, and philosophical theories of design rest on top of a society’s underlying value structure. As Neoliberalism was a reflection of the underlying value system of the late 20th century’s most influential economic and political hegemon, it isn’t surprising to see, as demonstrated in Part I, the values of this society made manifest through design discourse.

If this is true, however, we must assume that design discourse will further evolve as we look toward the changing tide of the 21st century. To predict the underlying values that will drive the next era of design thinking, we must do 4 things:

By the early decades of the 21st century, Neoliberalism as an ideology appears to be in decline on two fronts: a shift in priorities in the West, and the rise of the East. As many note, there are distinct philosophical differences that separate the east and the west, so to understand the next phases in the evolution of “design,” we must turn to each in turn.