Texans are known the world over for a troupe-y spaghetti western version of what it meant to be a cowboy. Horses. Hats. Boots. Guns. Today Texans have shed most of these – at least in the cities and suburbs of north Texas where I’m from. All save one: the importance of our guns remains. 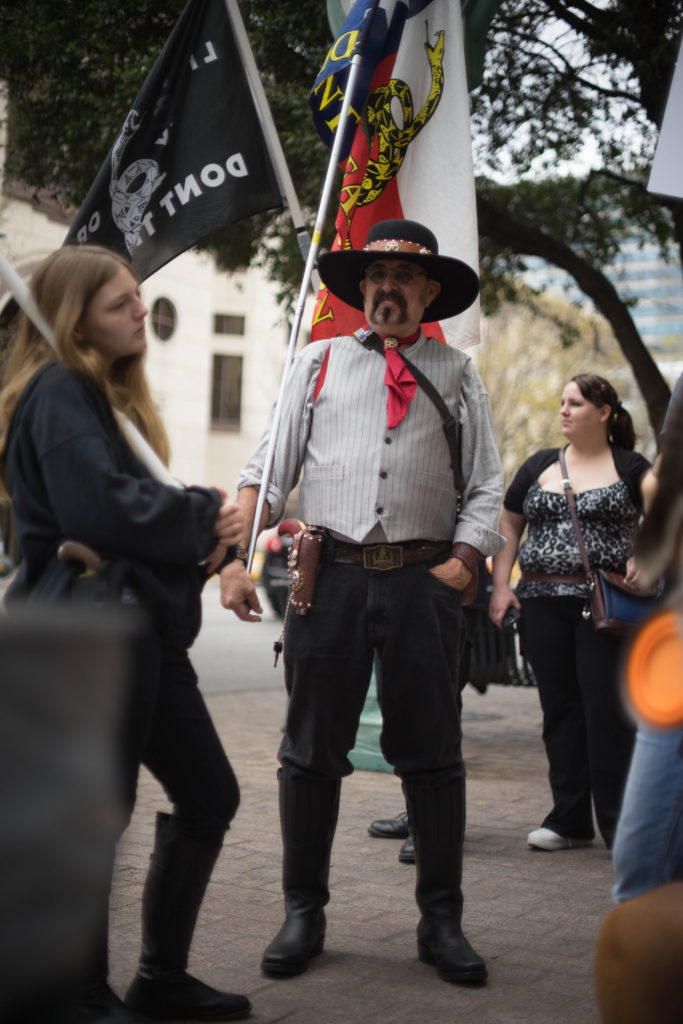 I would caution, however, too much reliance on the cowboy metaphor to understand the relationship Texans have with their firearms. Most armed Texans that I’ve ever met resemble less the rowdy, free-ranging cowboy and more the good, wholesome, responsible patriot. Texans still consider themselves frontier people – and many still are. Frontier men and women look out for themselves, their families, and their small communities, and have the duty to protect them. Framed in this light, guns themselves are seen as a small issue – important to conservatives only when you threaten to take them. 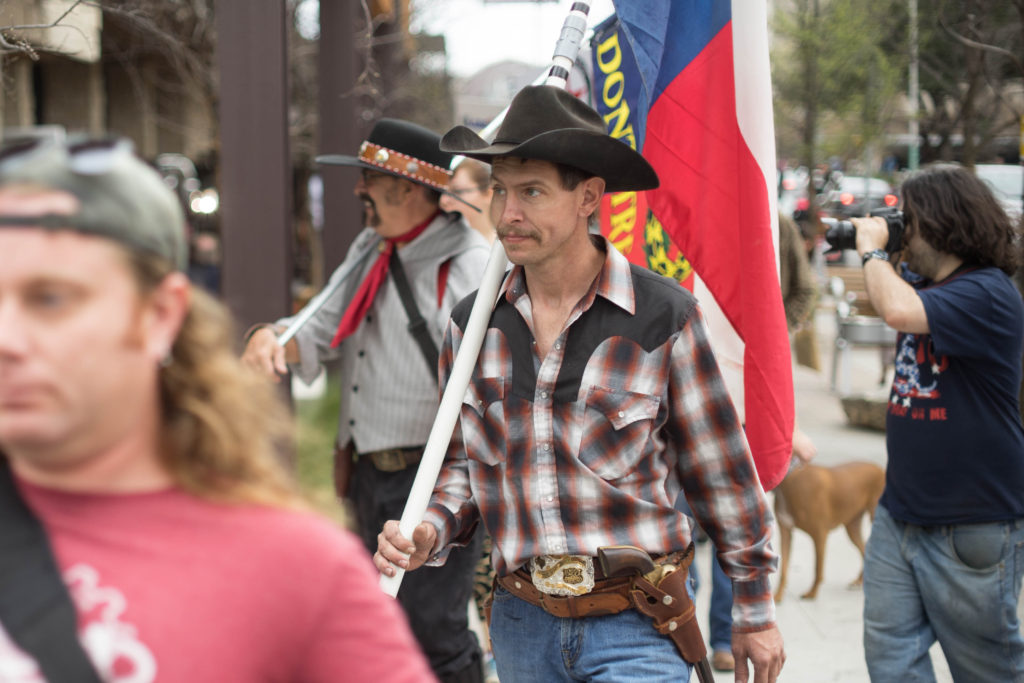 Recently in the US, with the rise of 24 hour news coverage and the new echo chamber of social media, gun ownership has started to fall out of favor. Many in the country don’t believe that our right to bear arms is still as important at it once was and that it may cause the society as a whole more harm than good. This new rhetoric challenges the virtues of more traditional Americans – of which Texas has many.

You may all go to hell, and I will go to Texas

Outsiders may notice the independent mindset of Texans. When I was growing up, Texas history – in and of itself – was taught for a whole year in fourth grade, starting with the Native Americans (I still cringe at the Karankawa tribe – rumored cannibals legendary along the Texas Coast) through the Mexican settlements and into the Americans that left the fledgling new democracy to move to what was then Mexico. 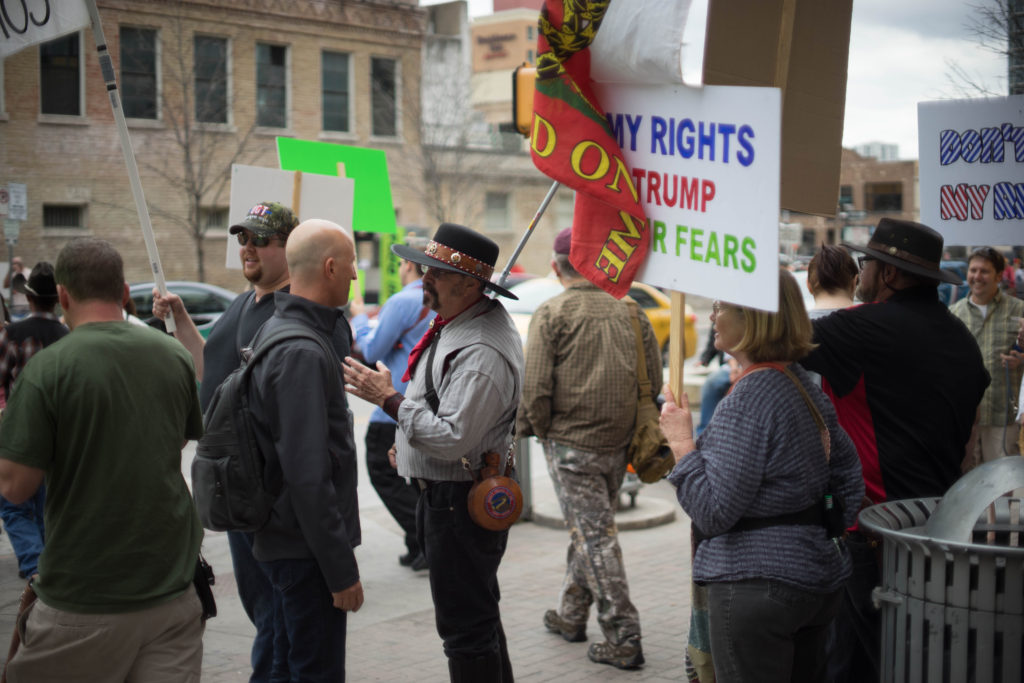 Texas hero, Stephen F. Austin – for whom the current capital is named – inherited a charter from his father, the aptly named Moses Austin, to take the first 300 settlers to the promised land. As the legend goes, hearing of land and opportunity in the new area, families would pack up whatever they could carry, scribble “GTT” over their door, and leave – “Gone to Texas.”

The Texas revolution – from the way it was framed in elementary and middle school – was a bit of a tax skirmish between the Texicans and the Mexican government under General Antonio López de Santa Anna, not entirely unlike the US revolution a few decades before. In school, we learned every battle, every hero, and every death down to the last of the barely 100 poor schmucks who bit it at the Alamo. “Liberty or Death,” Colonel Travis wrote in the last letter to be sent out of the tiny San Antonio mission. The Mexican general, with his more than 5,000 troupes, was happy to oblige.

The final battle of the Texas revolution seems to me to have more of the serendipity and style of a Mexican story than an Anglo one. Sam Houston and his troupes were outside the large Mexican camp preparing for an attack. They waited until the General and his army were sleeping for their daily siesta and snuck in for a surprise attack. You can still see paintings in Texas today of the mutton-chopped Sam Houston standing over a very confused Mexican General leaned up against a tree. Americans never did play by the rules. 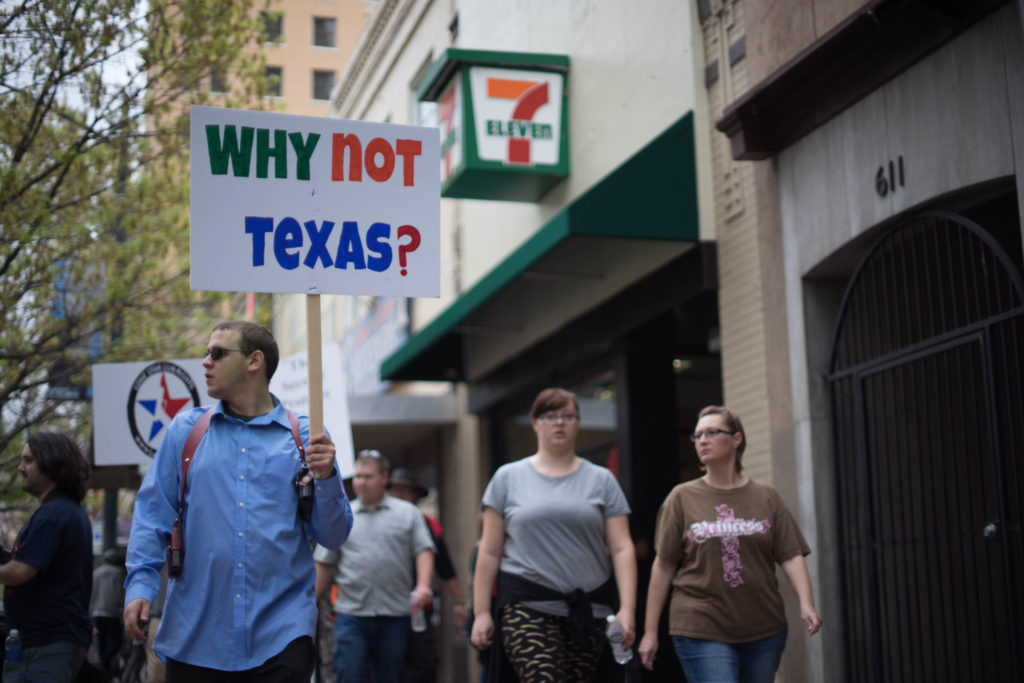 Texas would be its own republic for 9 years before accepting an annexation from the United Stated under President Polk, but to this day, no Texas will let you forget that it was a mutual arrangement and Texas can leave whenever it wants. We’re the only state that is allowed to fly our flag at the same height as the US flag, and a good portion of country music is devoted to celebrating the land… “God blessed Texas, with his own hand…”

The Texans may have rejoined a larger country, but rebellion would last as a staple in the Texan heart. As a people historied in the US revolution and experienced in the Texas revolution joined the US anew, they would soon see the threads of a common narrative in the plight of another example of tyrannical over-reach: the Northern States of the US trampling over the sovereignty over the newly-formed Confederate States of the America. 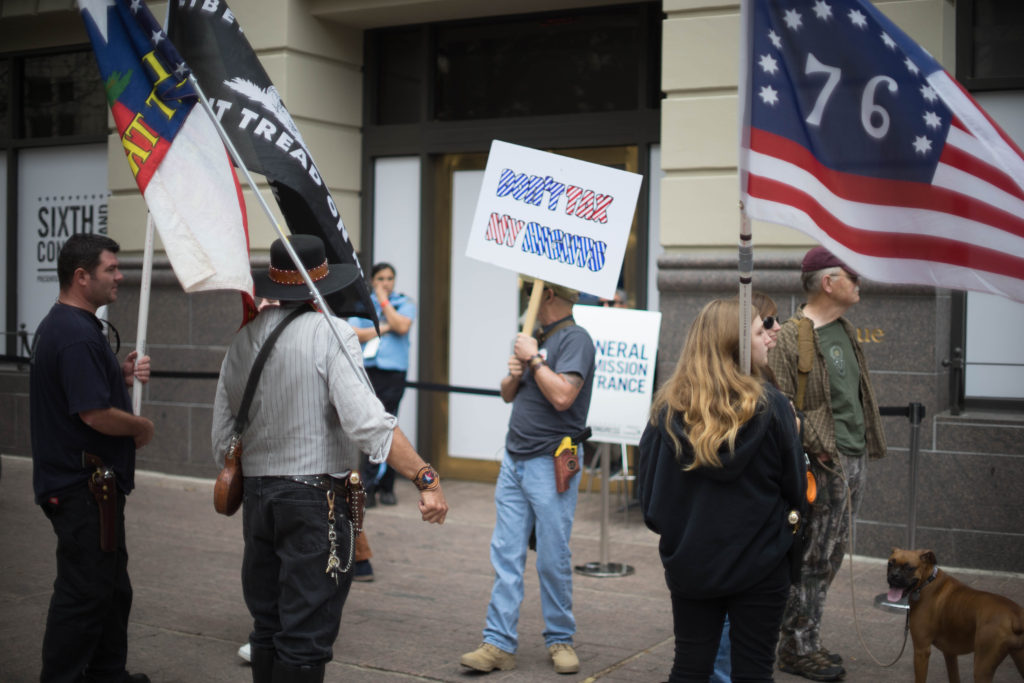 I’ll leave the “reason for the US Civil War,” debate for those more studied – as if responsible historians can ever be so reductionist as to divine a single “reason” for such conflicts. I’ll simply note that that tyrannical government overreach is a common villain in the culture of Texans – and we always find the narratives we’re looking for.

The US Civil war remains a divisive topic for Americans, very much accentuating a core issue that divides Americans into two camps that align roughly with it’s major political parties: Is the United States a single nation, or a collection of united states?

Some dismiss the debate entirely, claiming – probably correctly – that the main political motivation for the politicians at the time was slavery. We’ll grant this constituency that their claim is true, but irrelevant to our discussion; the aggressors in the civil war took a definitive stand on the sovereignty of the states when they invaded the South. Though the agreement in the United States was for voluntary association, Lincoln violated it for the sake of a unified, single state. 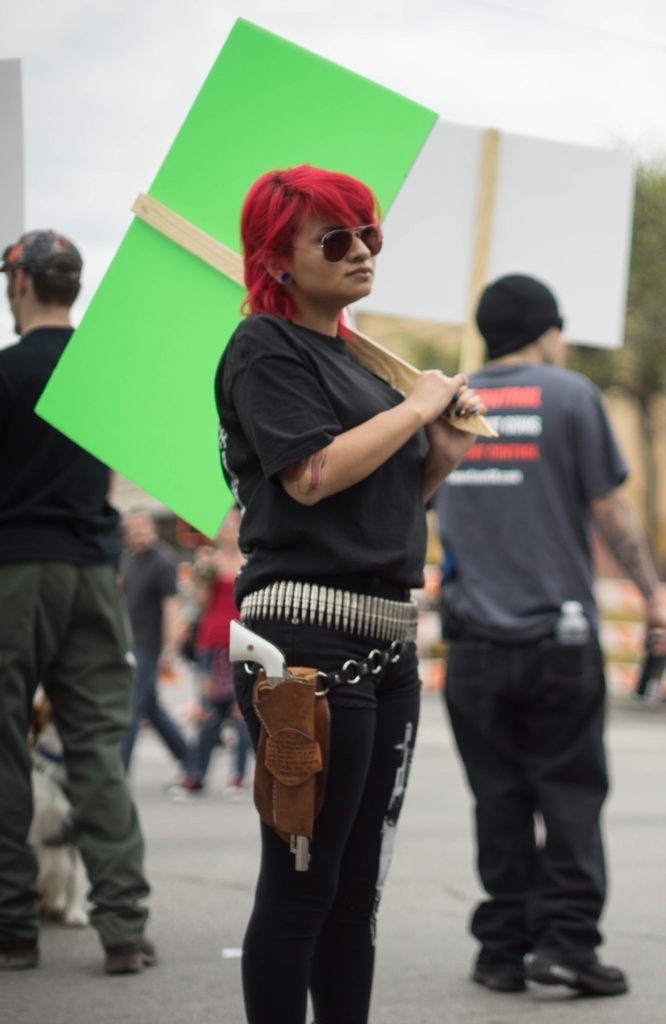 Today in the United States, nobody debates in favor of slavery, but the difference between the role of states and the role of the federal government is hotly contested. Many – mostly on the political right and the tiny Libertarian party – believe that the larger and more centralized a government is, the more out of touch it is with the people it governs. Their opponents – generally on the political left – grant this, but generally have a favorite issue or two that they deem too important to be left to the states. Both sides have their merits.

Don’t Tread on Me

This complex lens is important to understand when considering the love Texans have for their firearms. In the current era, mistake the US citizen’s right to bear arms – the second amendment in our bill of rights (coming only after freedom of speech and religion) – has something to do with defending one’s home from robbers. In today’s mythos, we also stitch narratives of the valiant, armed American who stands up to a terrorist or mass shooter.

While these narratives are poetic – and maybe to a small extent realistic – they act as a straw man in the national debate. 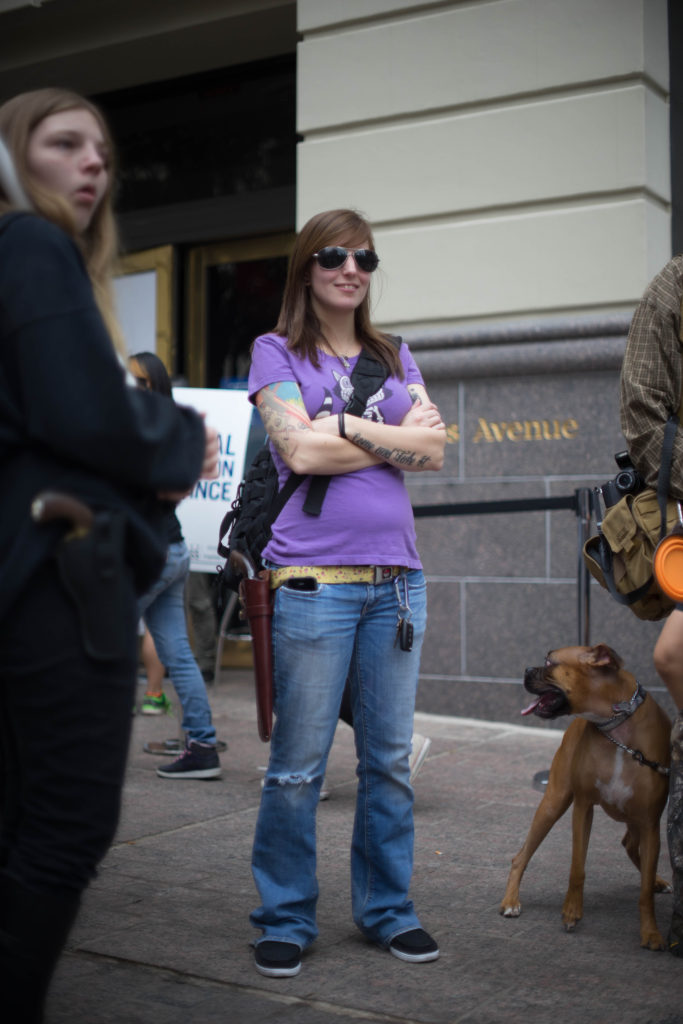 The men who wrote the constitution that Texans re-inherited protects the right to bear arms to form militias against government tyranny. Texans see themselves not as cowboys, but as responsible citizens that must remain eternally vigilant against that threat.

I’m writing this in an election year – one that I find to be quite interesting (though we say that every election year). Many on the political left seem to be utterly confounded by the right because they’re trying to analyze it’s candidate, Donald Trump. There is a temptation to look at this candidate as a reflection of the conservatives he espouses to represent, but I think that that would be unfair.

By many measures, the political right in the US seems to be uncertain and apologetic about Trump. He polls remarkably low, despite his success, among even his own constituency, and many who do support him seem to do it despite his flaws. This is because US conservatives have a much larger fear than a Trump presidency. 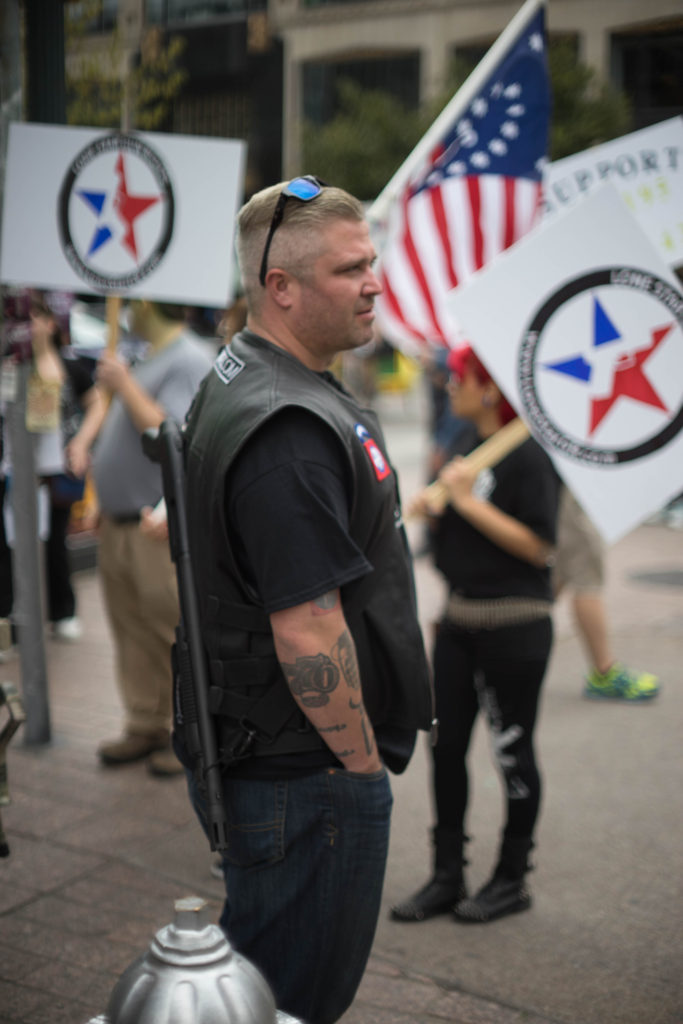 In the last few years, we have seen a (somewhat) nationalization of healthcare, a nationwide legalization of gay marriage, and and intense national debate over whether private companies can be forced to pay for abortions. Every last one of these is an example of the federal government issuing a mandate to local powers, and the right’s political opponents clamor for more. This very idea is an affront to the conservative mind – one that tends to be much more concerned  and connected with the local culture. 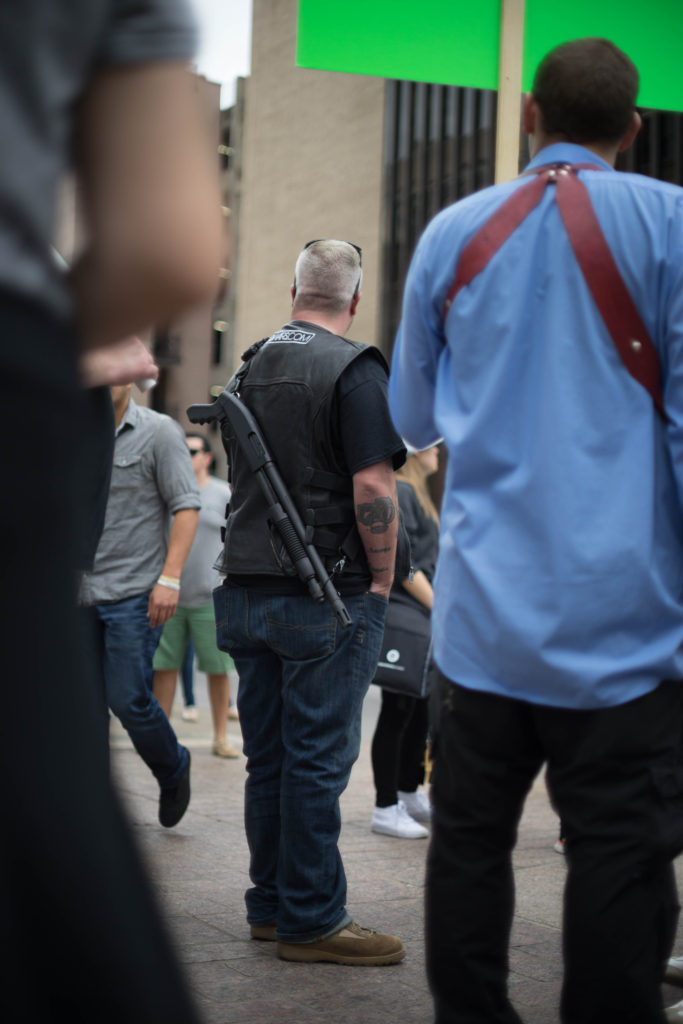 So the modern conservative is locked in yet another battle against a nation that is trying to unify. The political left repeatedly argues for more laws that stretch across the land while conservatives argue for sovereignty of locals to mind their own business.

…but, can you be neutral on a moving train?

Personally, I try to remain neutral to the greatest extent possible. My goal is to be a researcher, not an activist, so I take more interest in explaining the virtues of one side to another than trying to take a side myself. This isn’t always easy, but it puts my mind at ease – the spectator has the best view of the game. 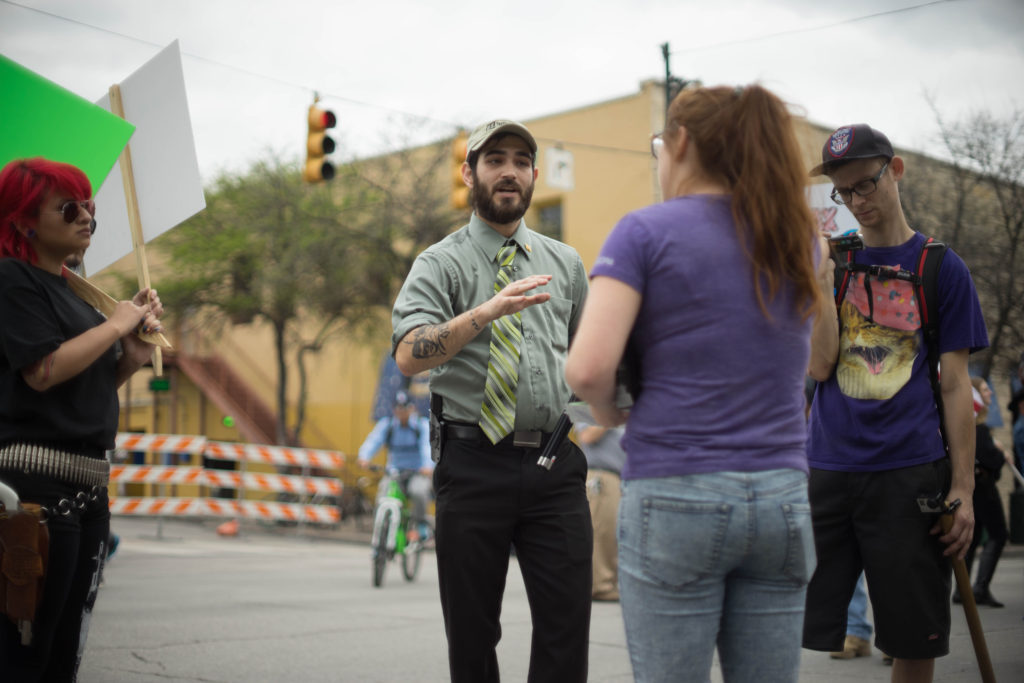 I try to keep my facebook wall neutral, but even with my best attempts, it leans heavily to the left. That said, I can’t help be impressed by the conservatives I’ve know who fight for what they believe in. In my conversations, Conservatives tend to have a longer view of the game and value history to a greater extent. I wouldn’t argue that their histories are objective – by definition, no history can be – but there is no shortage of examples of government over-reach near and far, past and present, so I would hesitate to call their concerns unwarranted in the long run.

But history is long and our lives very short – we’ll see how it plays out.

Note on the Pictures

These pictures were taken in Austin in 2014 while protesters were arguing for “Open Carry,” meaning the right to openly carry guns in public places. About a year later, they ended up getting their wish, now mostly anyone can openly carry a gun in Texas (though I believe you still have to be licensed to carry a concealed weapon).

This issue is slightly different from the one I described, but I still believe it is a reaction to the cultural values that are being challenged. At the political left in the US continues to push against the freedoms found sacred to the political right – most recently an attempt to ban assault rifles – I wouldn’t be surprised if the right continues to push to gain ground in other ways. 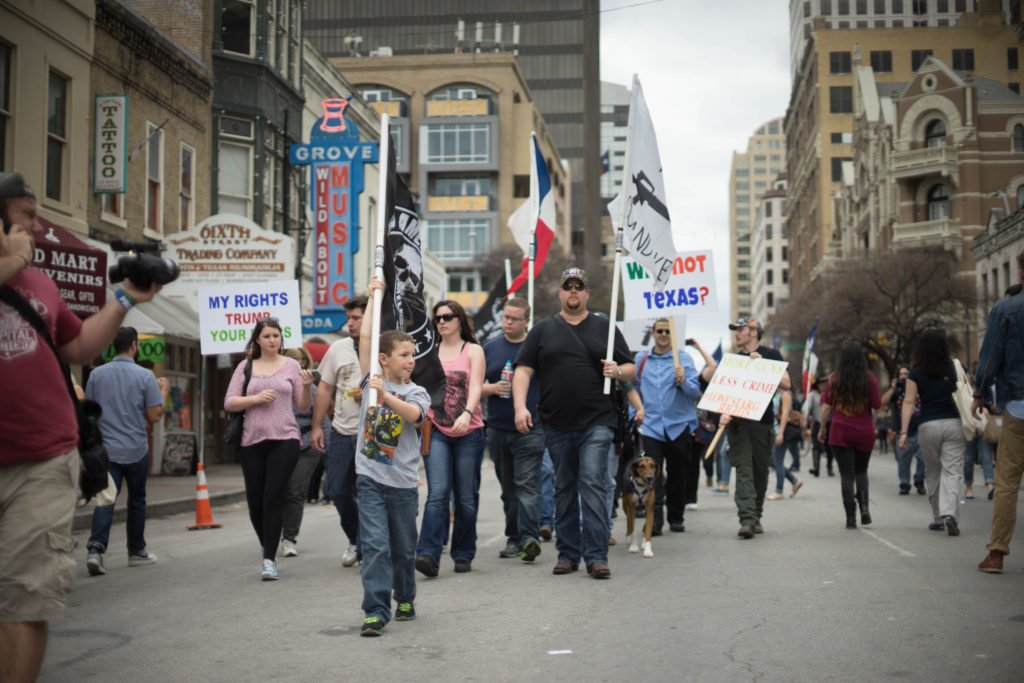