When I lived in Austin, I used to get my knives and razor sharpened at a little knife shop on Burnet Road called “The Sharpist.” Kind of a crappy little shop, but with really nice people, the tired little building with its second-hand shelves held knifes of every size and shape, from the practical to the … ummm… Middle Earth.

I’ll always remember waiting in the long line one day to pick up my Dovo behind a gruff guy in his late 20’s who – I gleaned from his conversation – was just back from Afghanistan. His large hunting knife – the type with a blade that measured almost a foot long with a saw on the back side – still had blood stains on it.

He smiled solemnly to the woman behind him – a fellow conservative who seemed impressed at his  his war stories,

“Well, better to kill ’em there than kill ’em here.”

In Mexico City, I don’t have as good a command of the language for such rich experiences, but knife sharpening continues to have it’s ingenuousness flair. 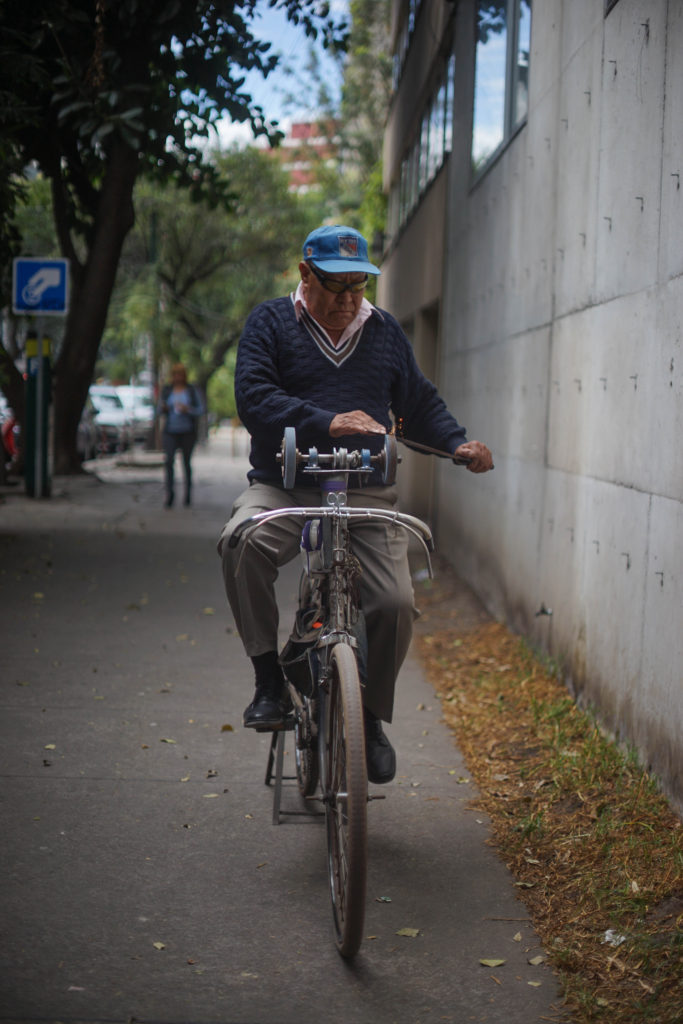 In my neighborhood, I came across a man with a specially made bicycle that has a grinder welded to the top of it. When he gets to a location – a restaurant, for instance, which appears to be his main client base (I’ve seen him and others like him a few times now) he switches his bike to sharpening mode and uses pedal power to sharpen the knives.

The day he allowed me to take his photograph, he was working on a machete for a local gardener. 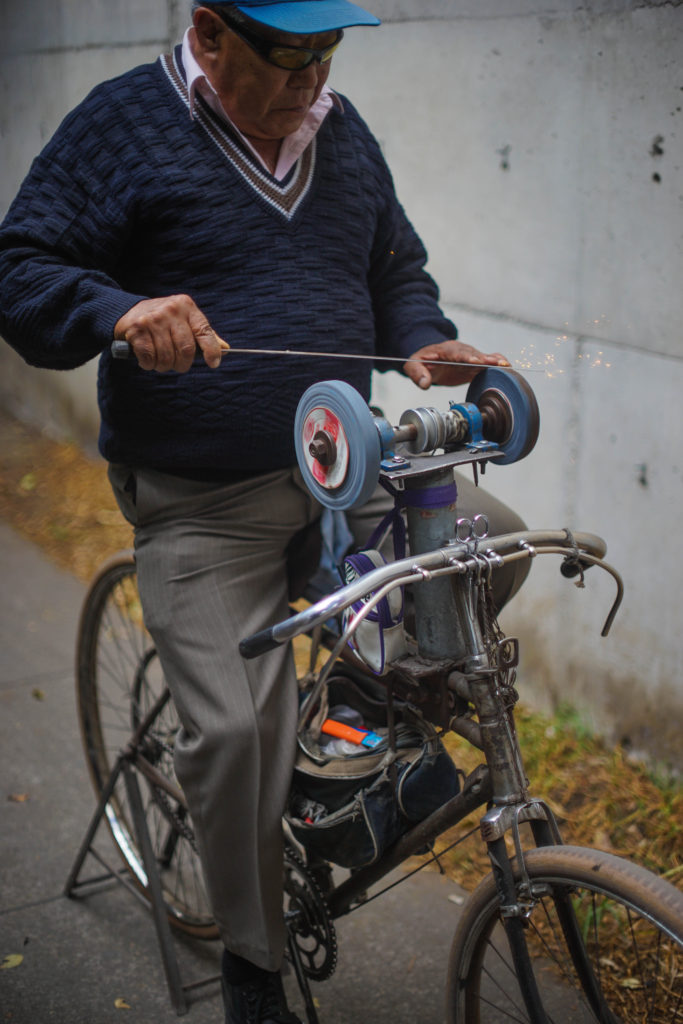 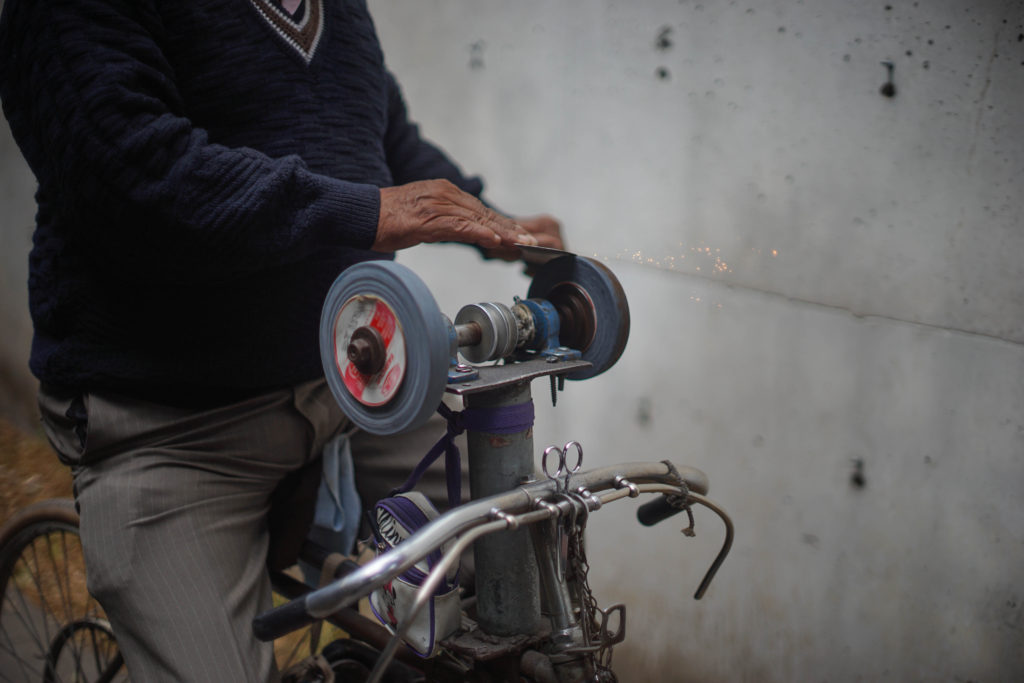