When I think of security, I always think back to the twisted face of a close friend, the CIO of a company I worked at as he proclaimed with astonishment: “there isn’t really any agreement on what is ‘secure.’ I just, don’t get it.”

It reminds me of the parable of two men in the jungle. A cougar enters the camp and one man sits down to put on his running shoes. The other man looks at him incredulously: “you think you can outrun a cougar?”

Finishing up the second shoe, the first man looks up confused, “I don’t have to out run the cougar, I just have to outrun you.” 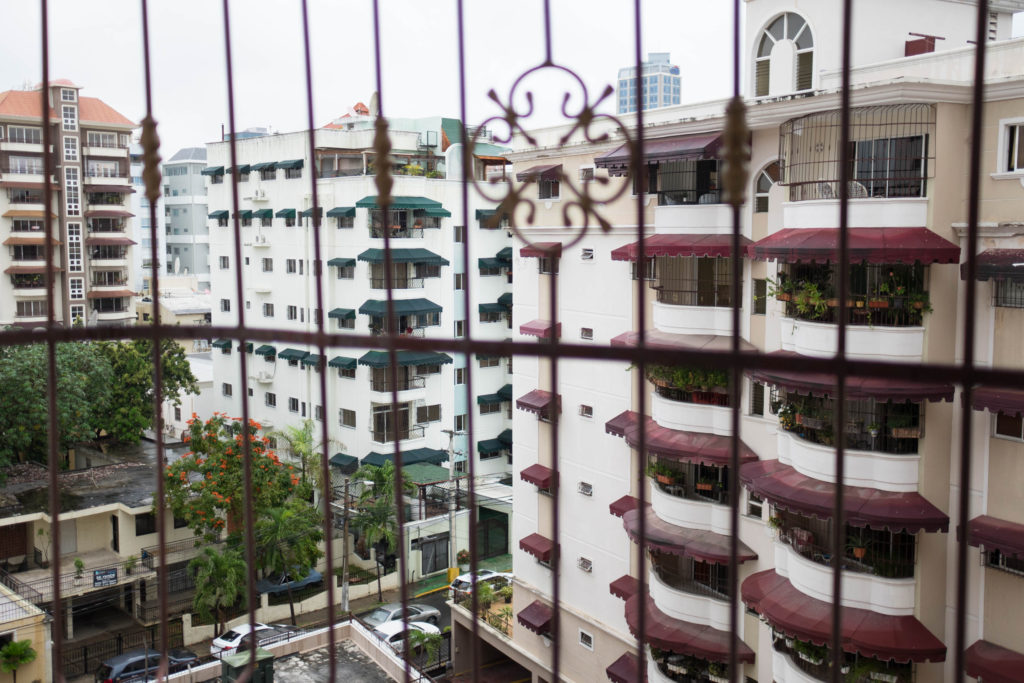 Jonathan went on to explain that nothing is really secure, it is just a matter of being less hackable. Somebody is going to get hacked, but the more difficult it is for them to hack your system, the more secure it is. I’d heard the parable before, but this was the first time that the scarcity of effort for crime really sunk in. Like any entrepreneur, criminals have only finite time and resources. Security isn’t about absolutes – it is about simply driving the cost above the opportunity cost. 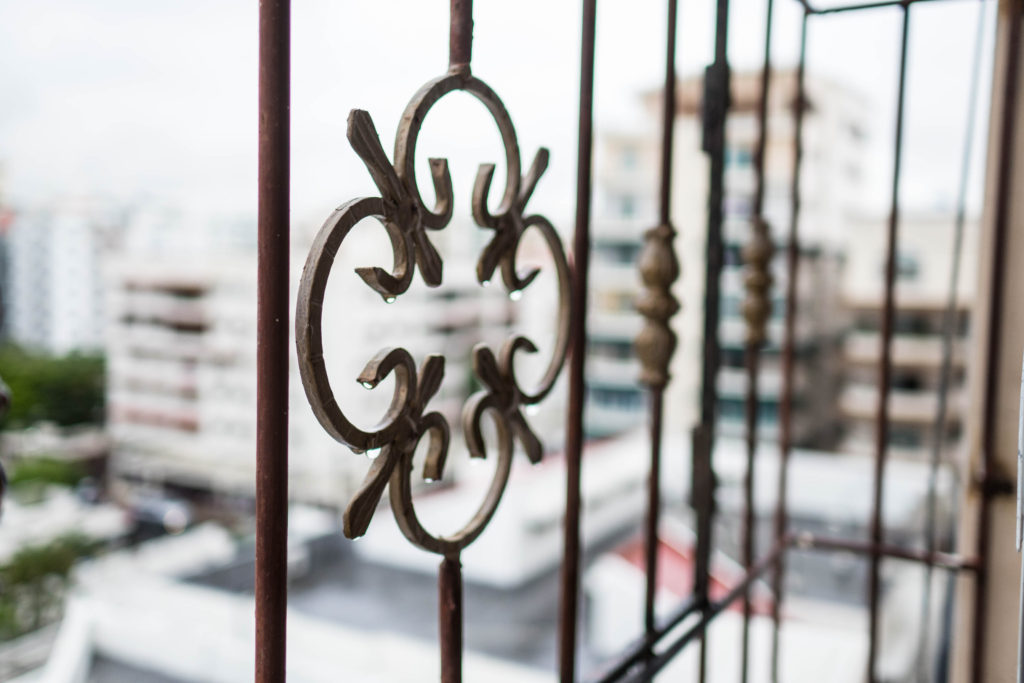 In a new place, the first thing you come to understand is the security situation.

It isn’t something to fear, necessarily, but something to be aware of. In Santo Domingo, every home and balcony is completely enclosed in iron bars. Even in a friend’s apartment on the 10th floor, every window and the balcony are covered. 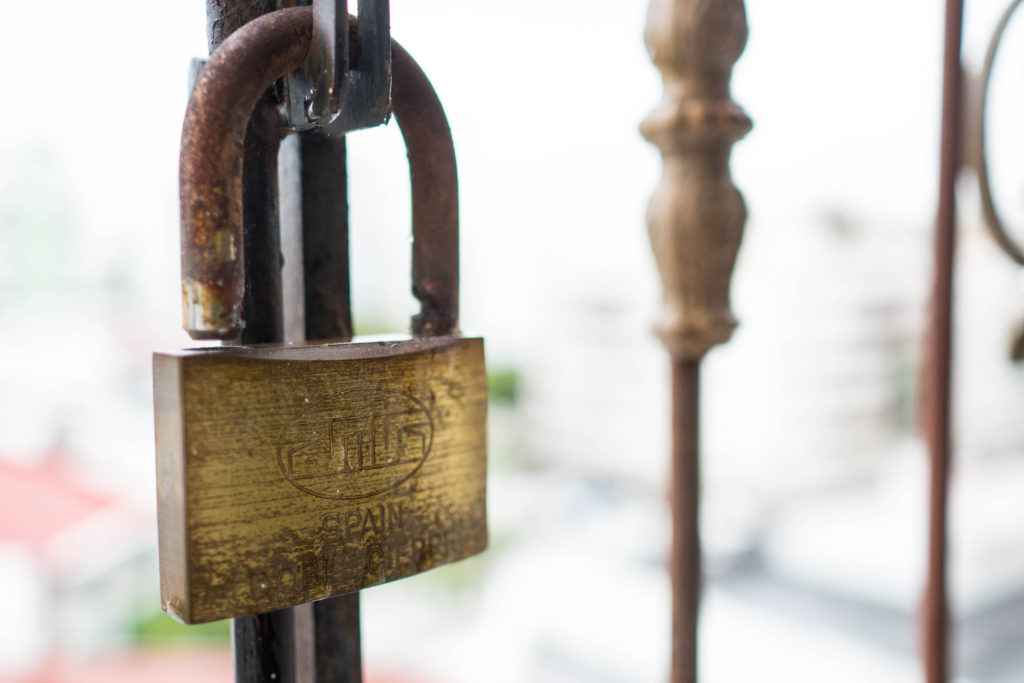 One thing I love about us – humans – is our ability to make anything beautiful.

The earliest iron bars I remember were on my grandparent’s house in Kansas City. At the time, I figured it was a decorative statement – the curving twisted, almost floral, designs over the windows. In retrospect, I have a different model – their small, suburban neighborhood had changed over time – maybe a decorative statement wasn’t the primary reason for the aesthetic choice? 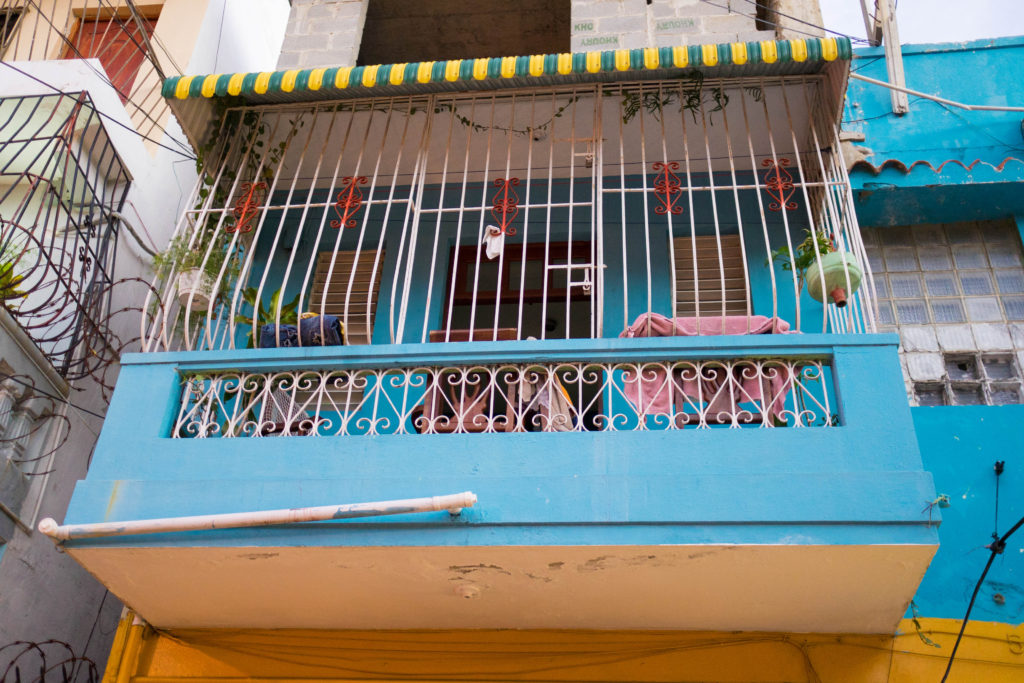 In all places, though, when an architectural element becomes necessary, people incorporate it into their aesthetic decisions – are the organic curves of a Corinthian column any different?

These iron bars – while they seem extreme to an outsider like me – would be insufficient in a place like El Salvador where a mara could still spray bullets inside them. I’m under the impression that in Santo Domingo, the problem is looting, while in El Salvador is is mostly indiscriminate murder as an exercise of power and influence.

It is always good to know a local. When you are foriegn, you have to learn these things anew, but locals have good habits built into their worldview.